Yesterday was a double-whammy of physicals. Daughter had her 4 year check and Son had his 6 month check.  Both got shots.  Both did great!  Daughter did amazing!!!!!  She quietly sat and read while son was having his check up and then actually helped to get him to turn his head when Dr checked his ears!  "Hey Son, Hey brother!  Look at me!"

Since she did so amazing and Son wasn't in too bad of shape, I took them to the library. It was a party!  The end of the summer reading program!  Daughter played loads of games but most pics have unknown children in them, so I won't post them.  There's these though.. 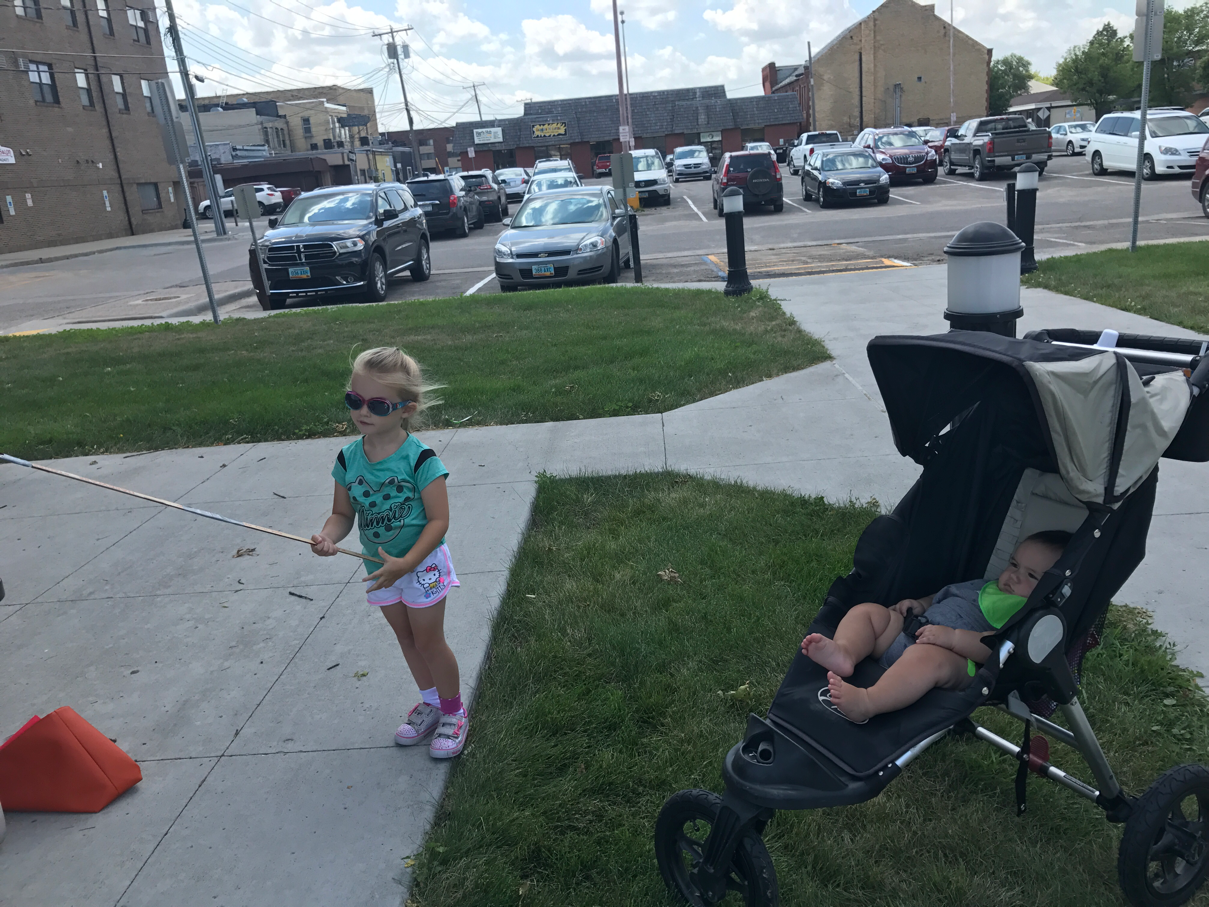 
And today my cousin and her daughters came out.  So much fun! 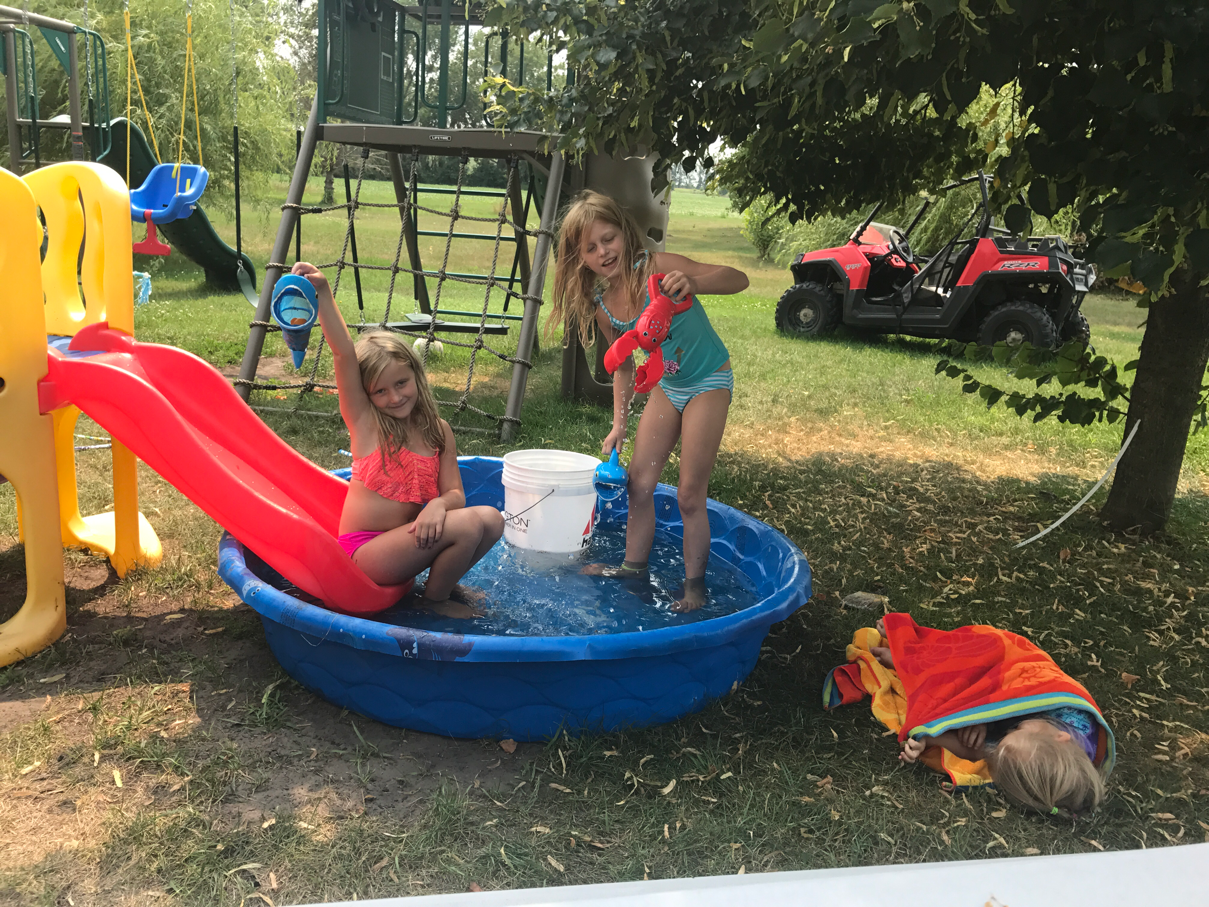 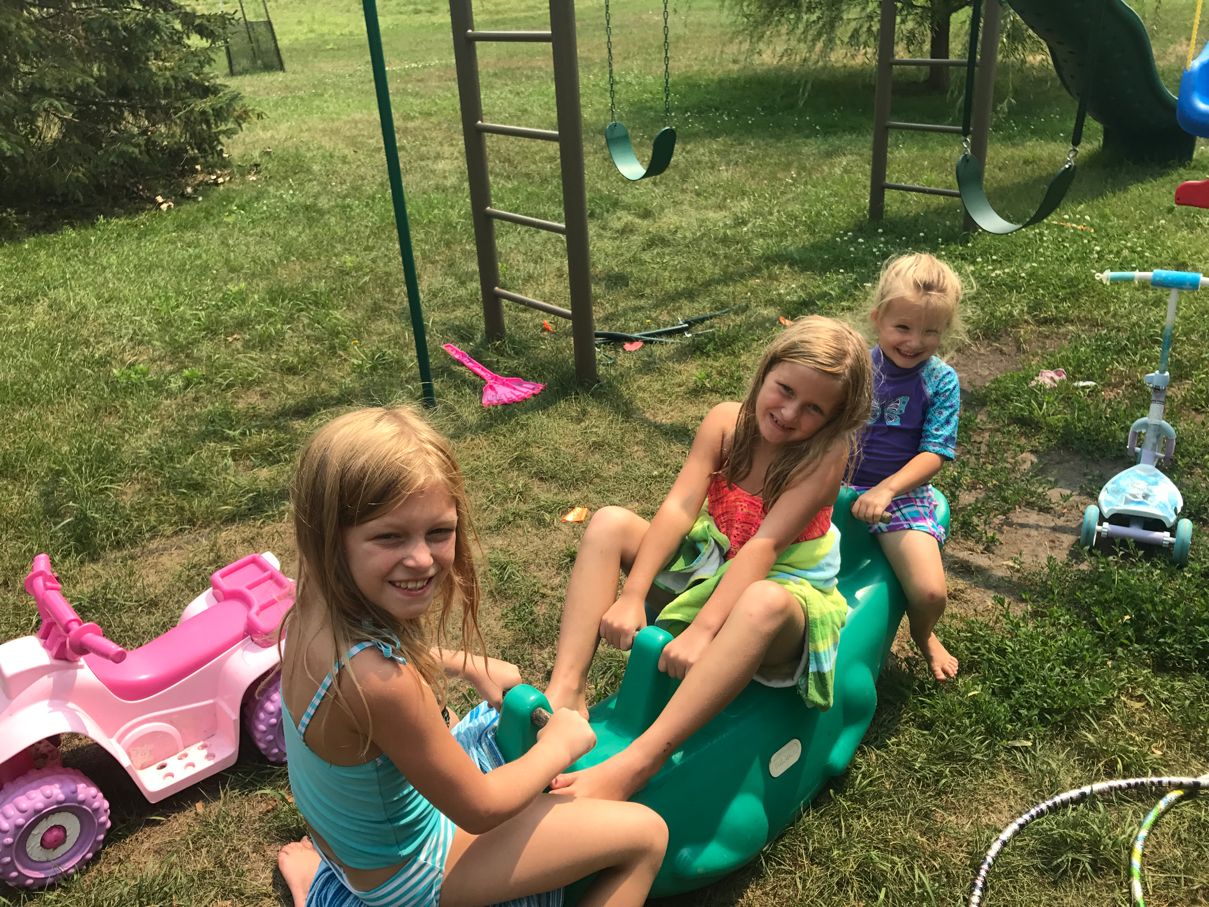