Son went to the ENT yesterday and he has an ear infection. They want to do more ear tubes, but they wanted to know if he should also have his adenoids removed. So we went for an X-ray. Yikes. He did not want one!
So I called for reinforcements. My parents were only five minutes away and always willing to help. They’re wonderful!  They came and papa and grandma soothed him right into getting those X-rays done and then took us to a Luau to boot! 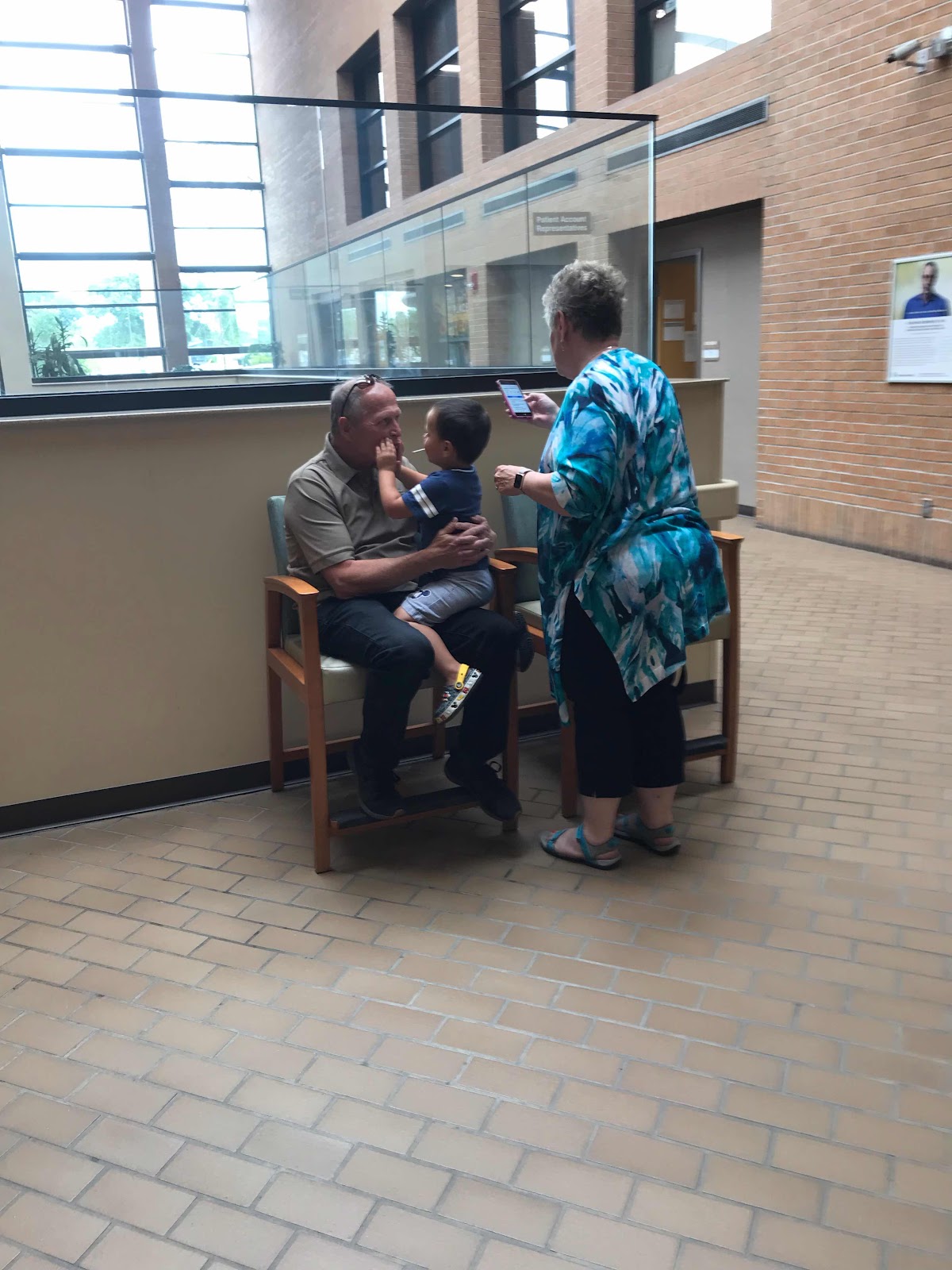 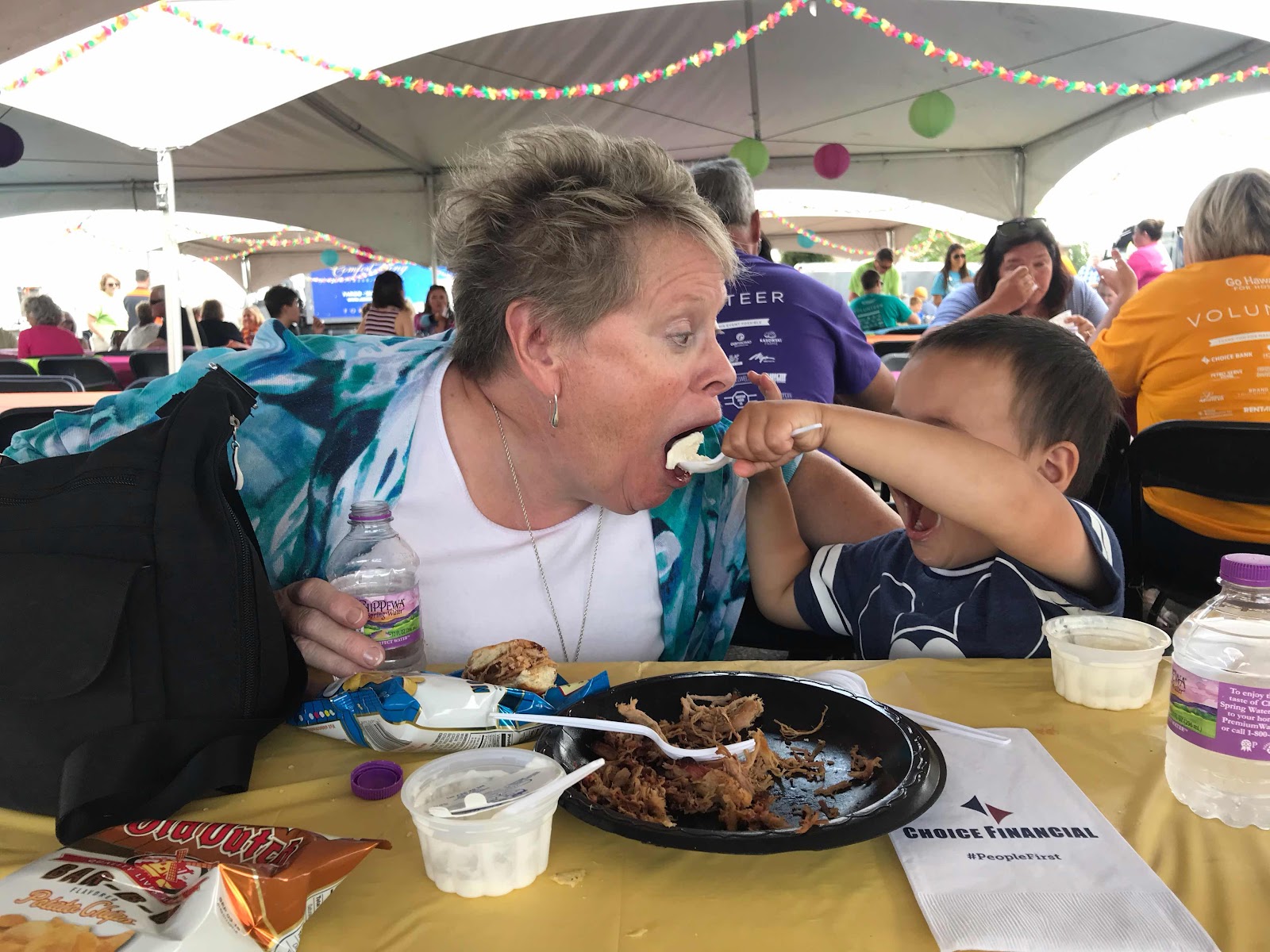 We’ve got strawberries!  So excited for them to ripen 😊 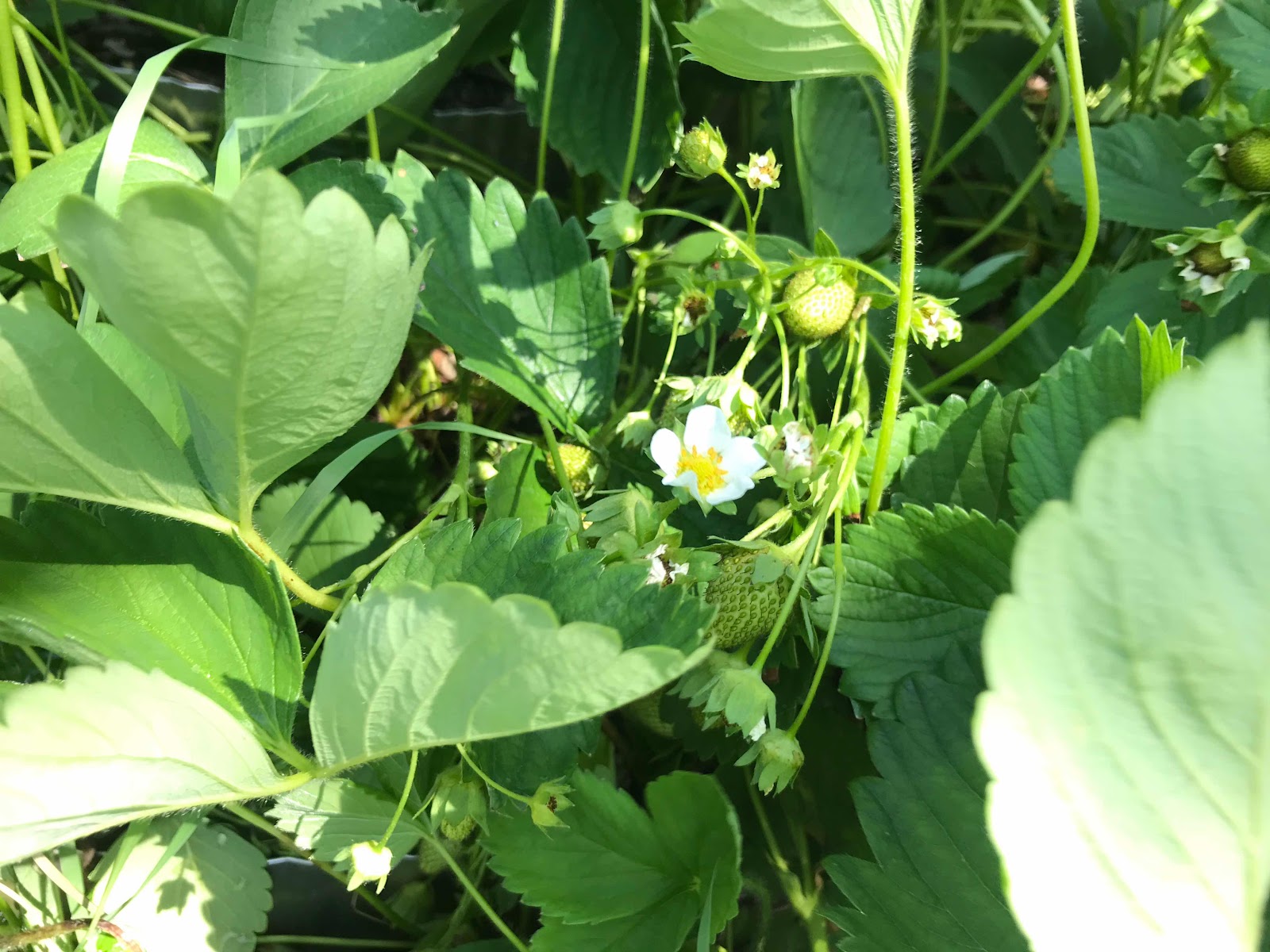 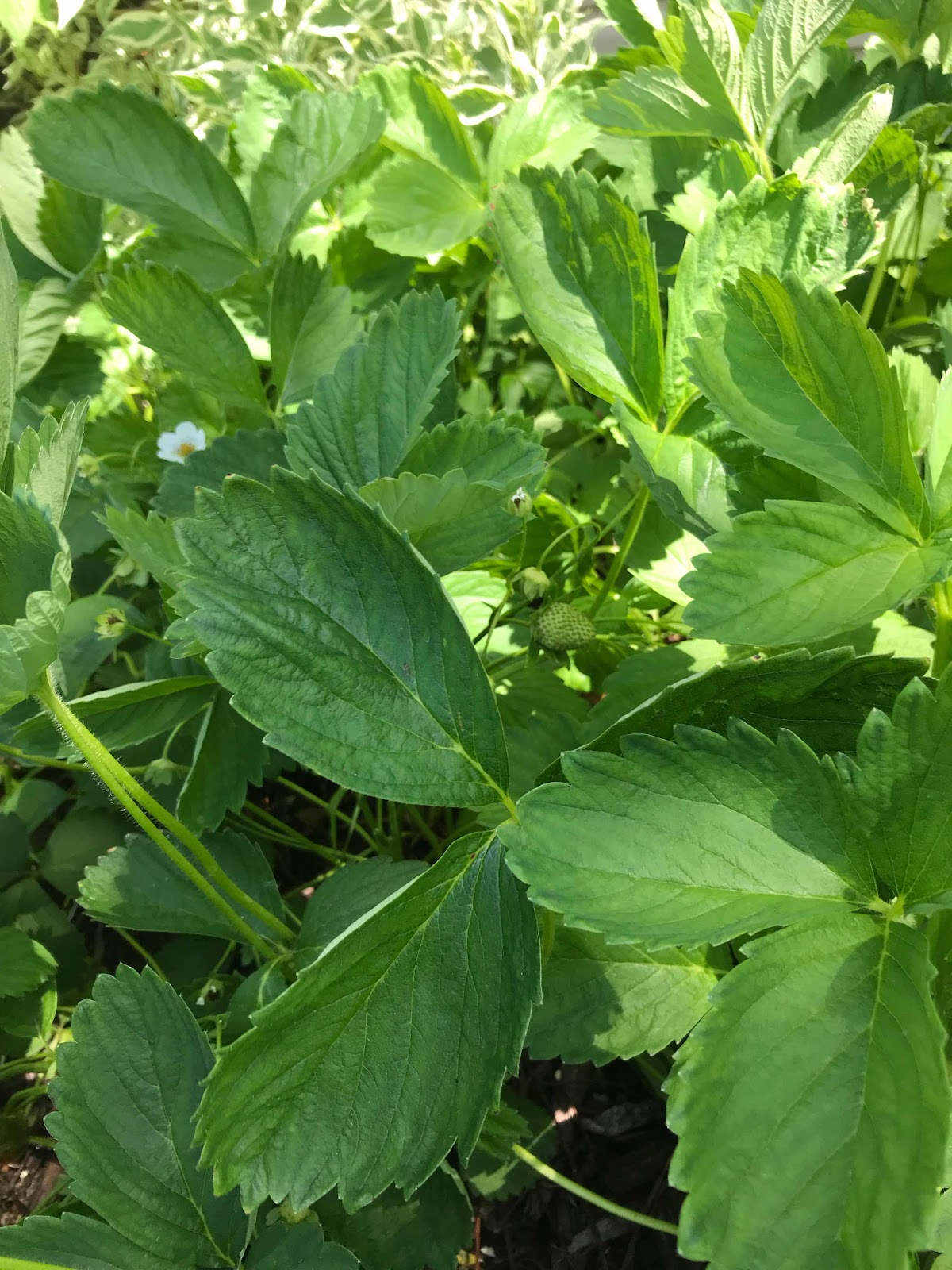 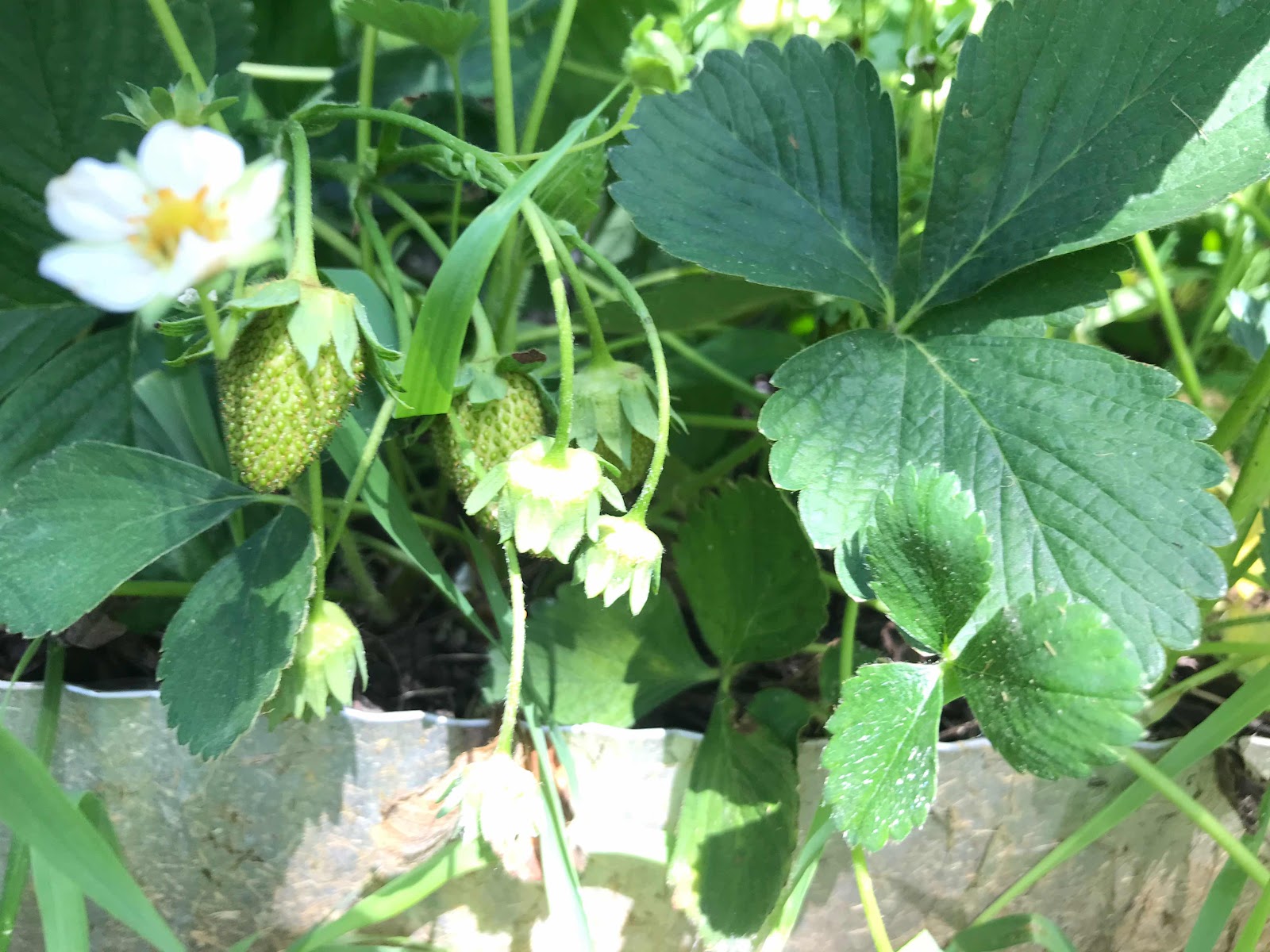 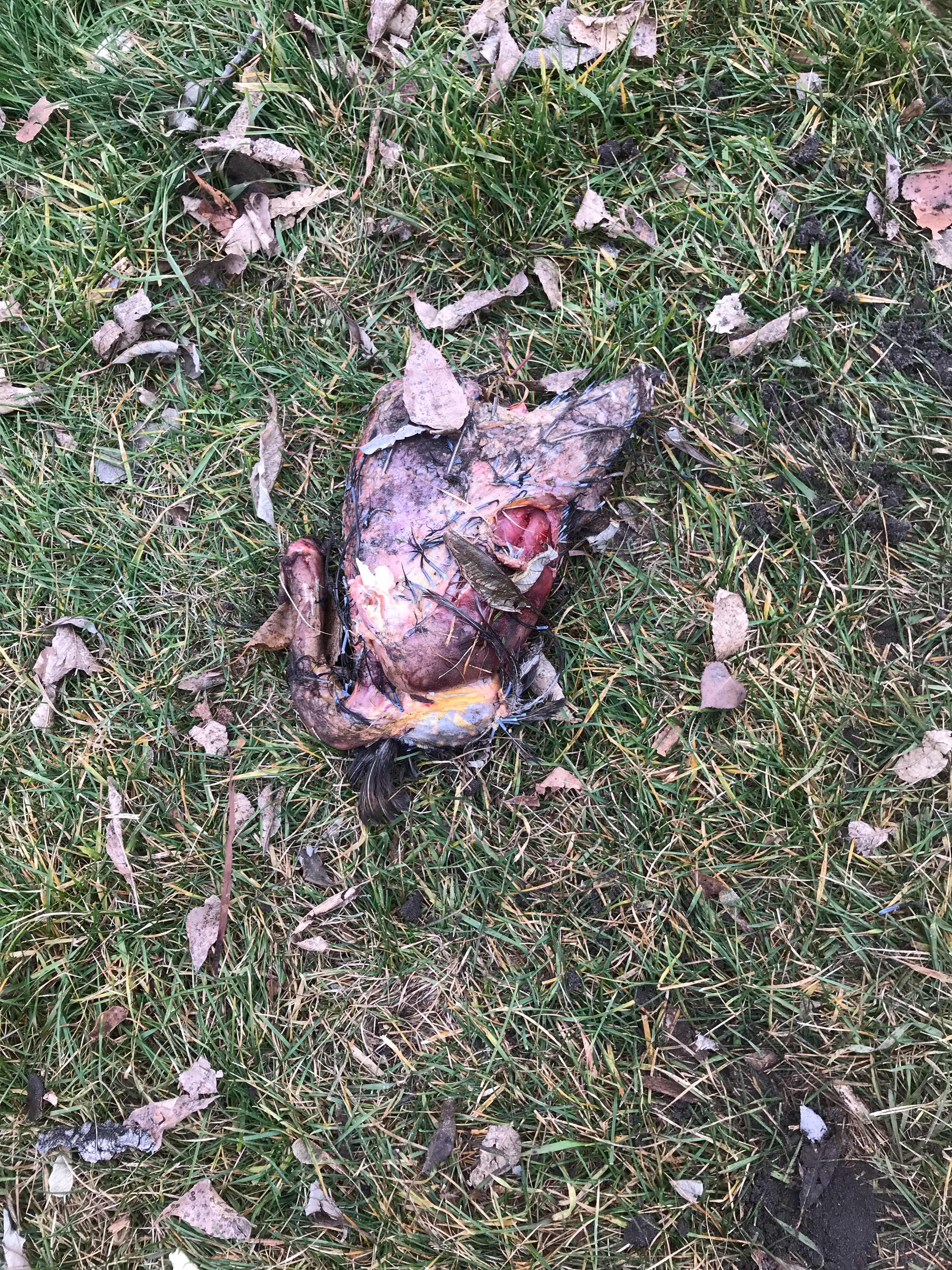 And then today when I went out to shut the coop, he had Weasley pinned down with his mouth. Wesley didn’t fight him, which I’m sure is why she’s still alive. But once I got Indy inside I had to physically carry Weasley to the coop.
He thinks chickens are treats!

Today we went to Fort Abercrombie for a field trip with our homeschool group. It was so much fun!
Son was a real handful, but Daughter did great! 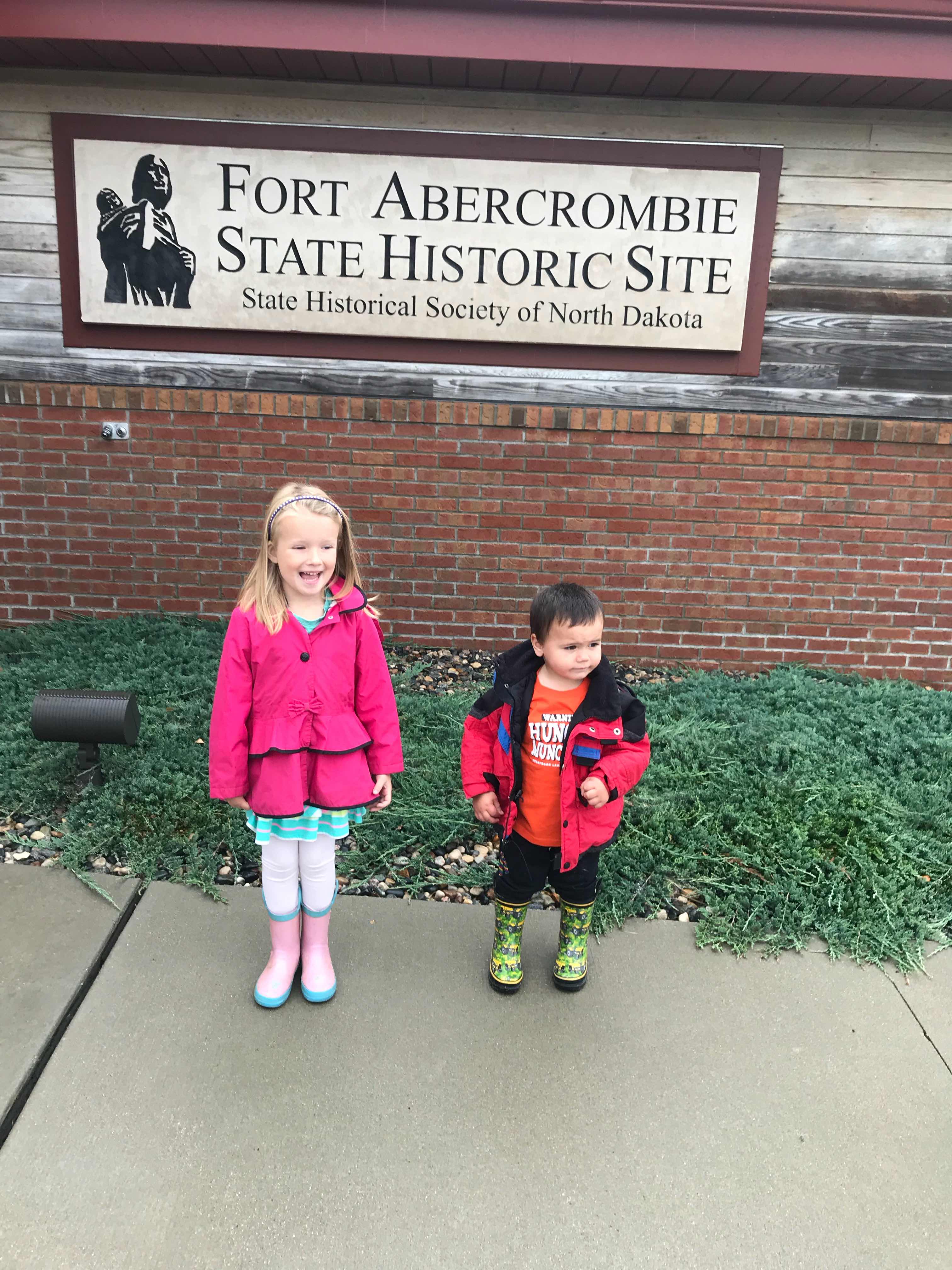 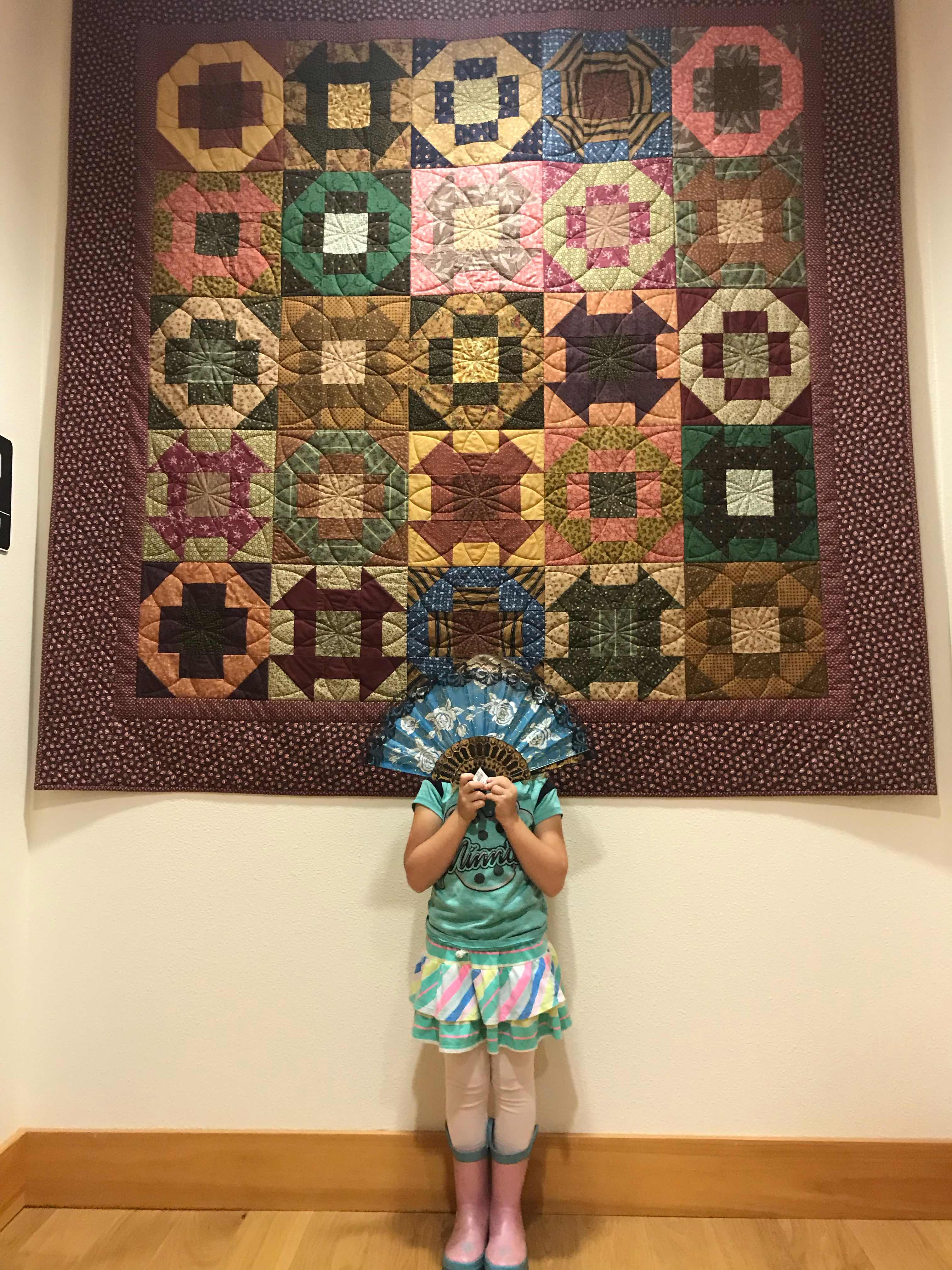 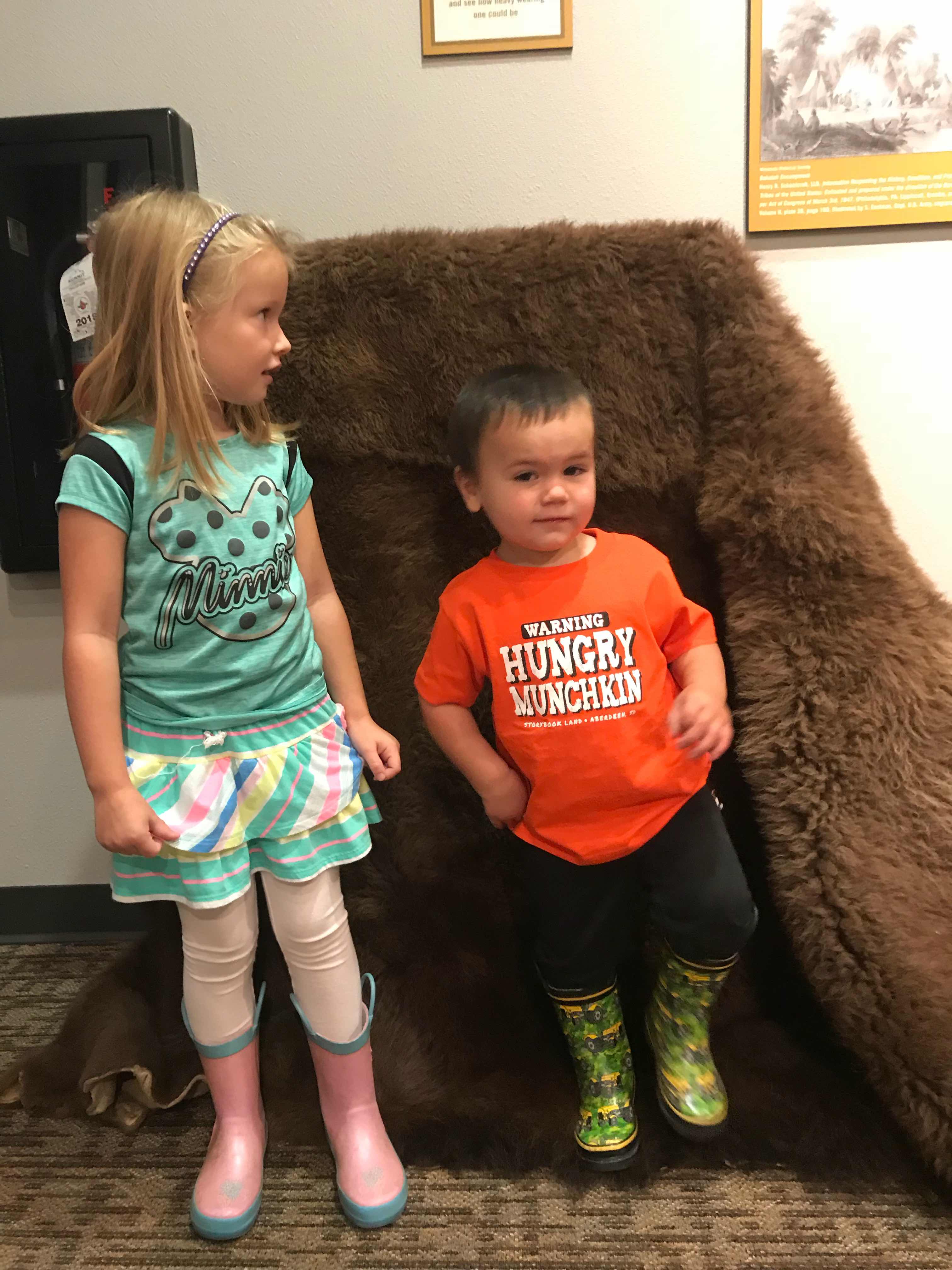 We got a new book from the gift shop. Daughter got a fan and the tour guide showed her how women used to communicate with the fans. It was fun and neat! 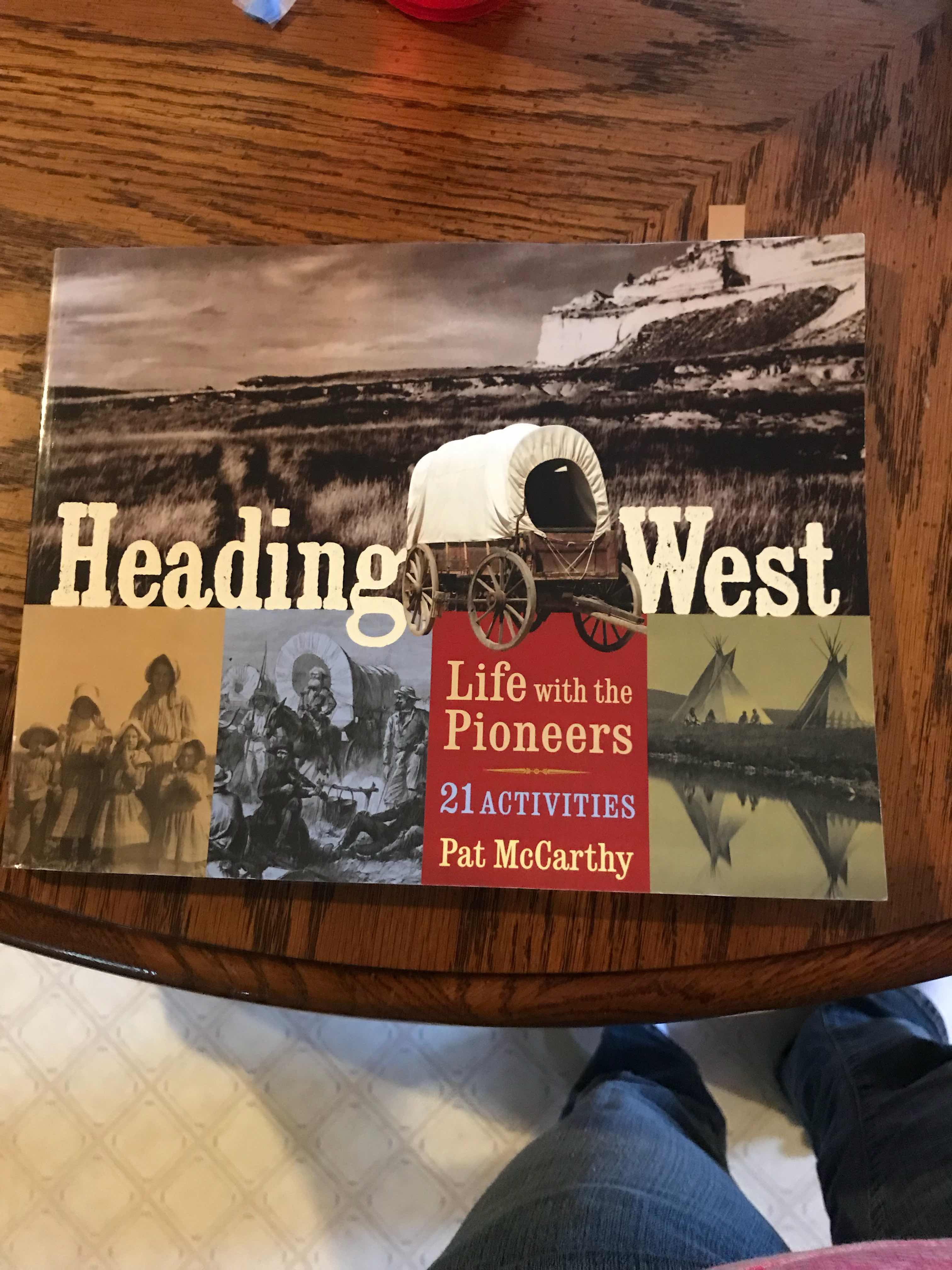 The book had directions for making a Tepee (we substituted pipe cleaners for twigs because it was raining) and loads of other neat activities. 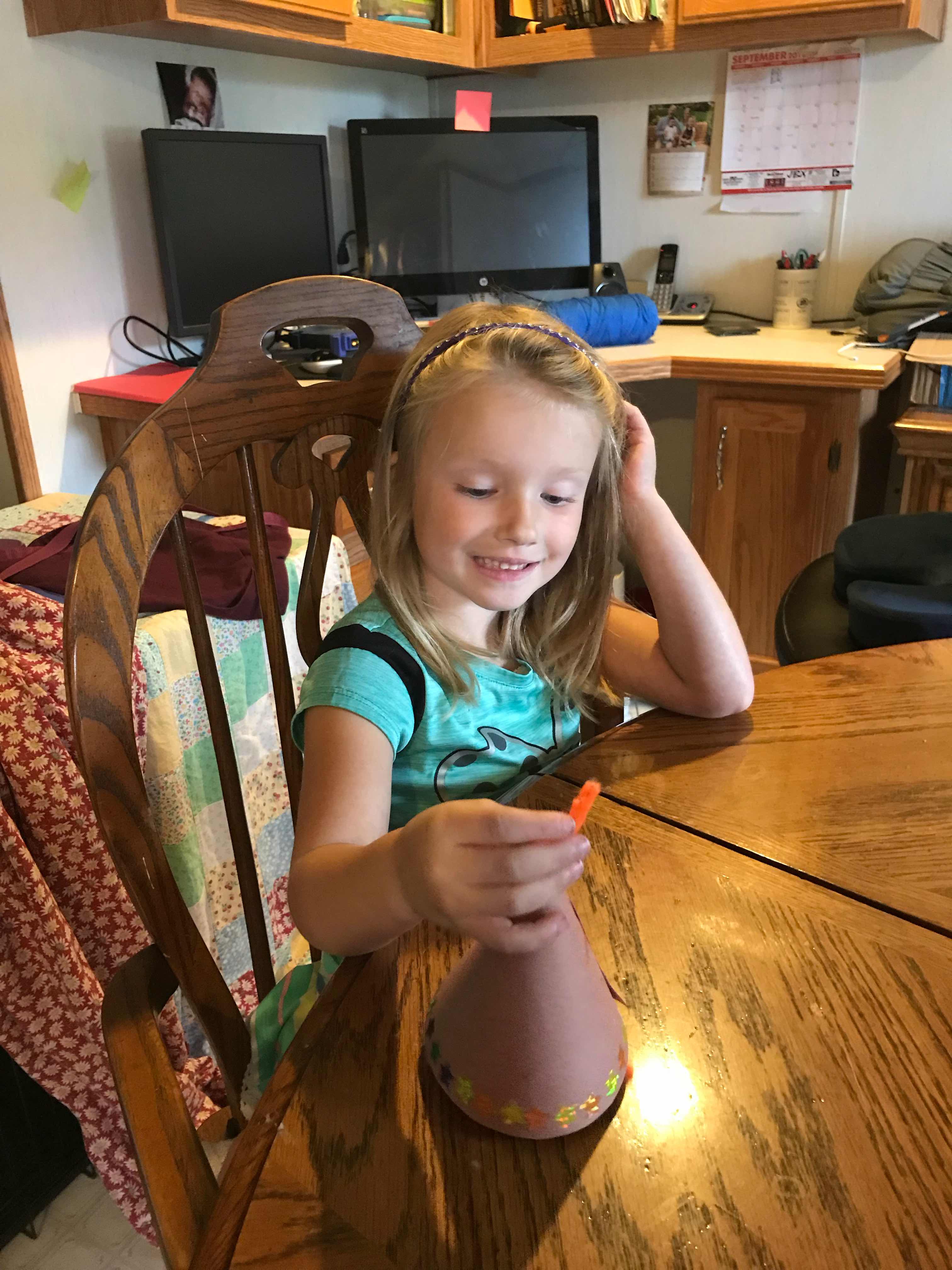 Good but busy day!  I’m so glad our homeschool group doesn’t usually meet on Mondays!
Posted by Malia at 7:59 PM No comments: 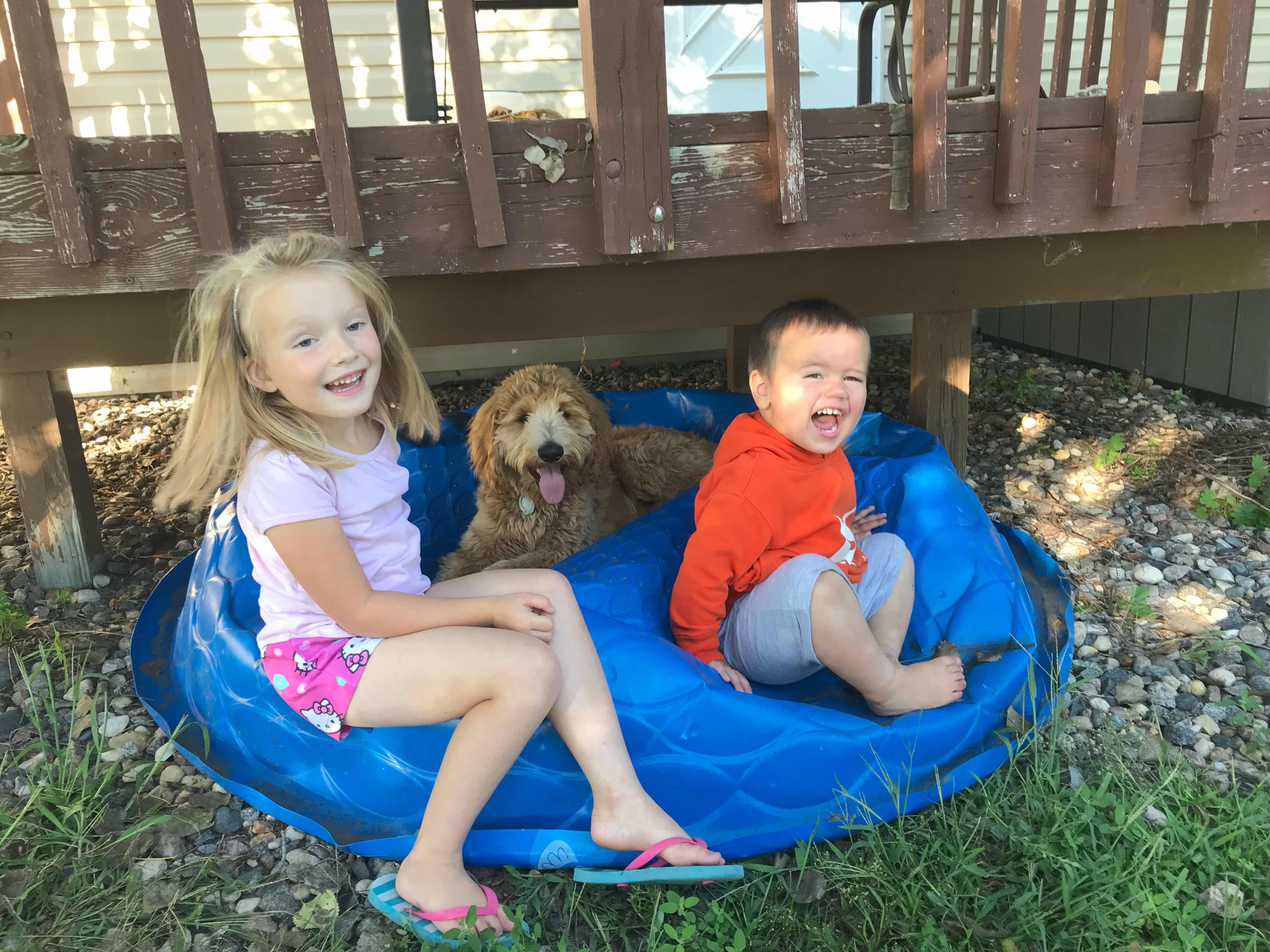 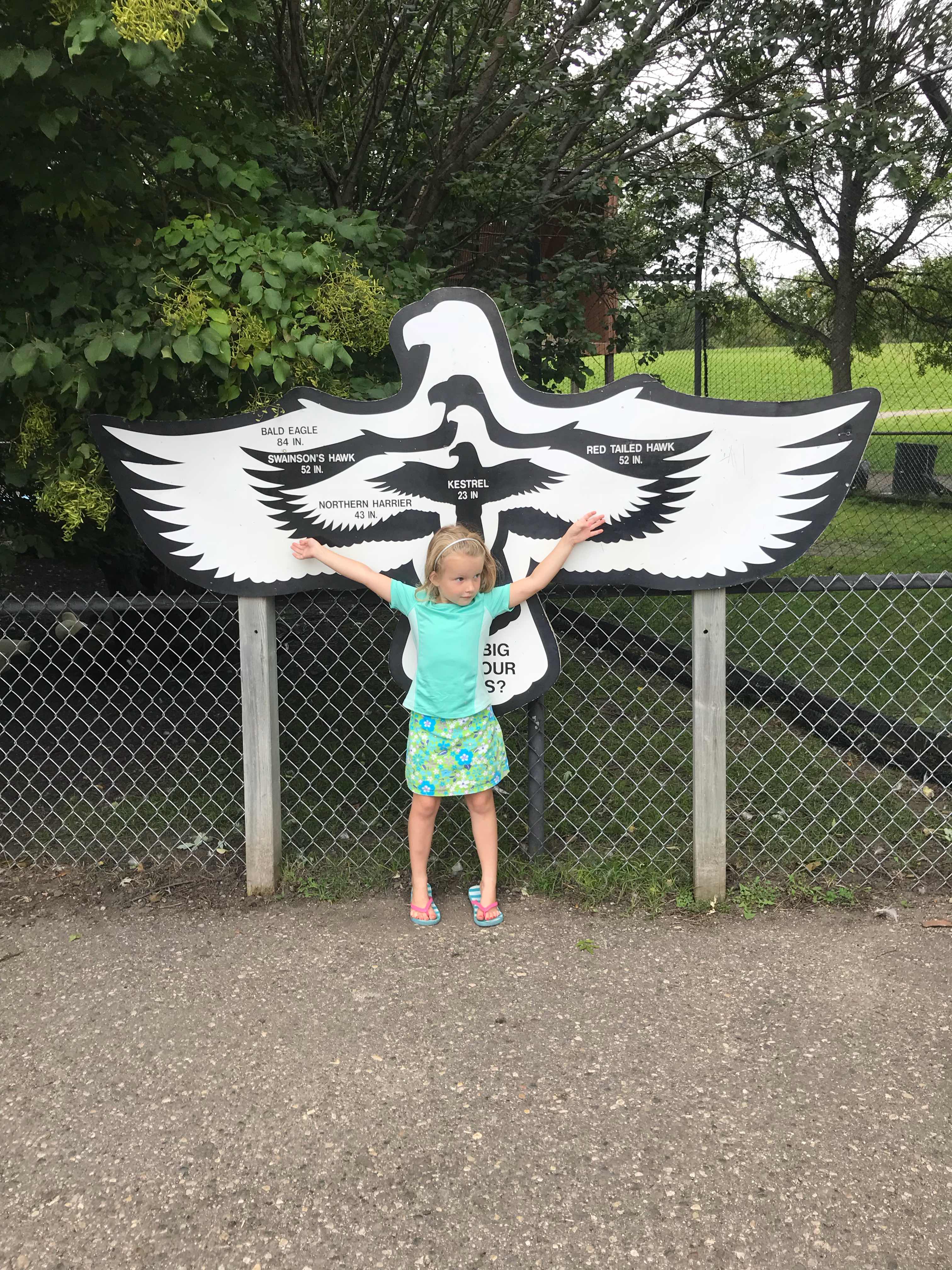 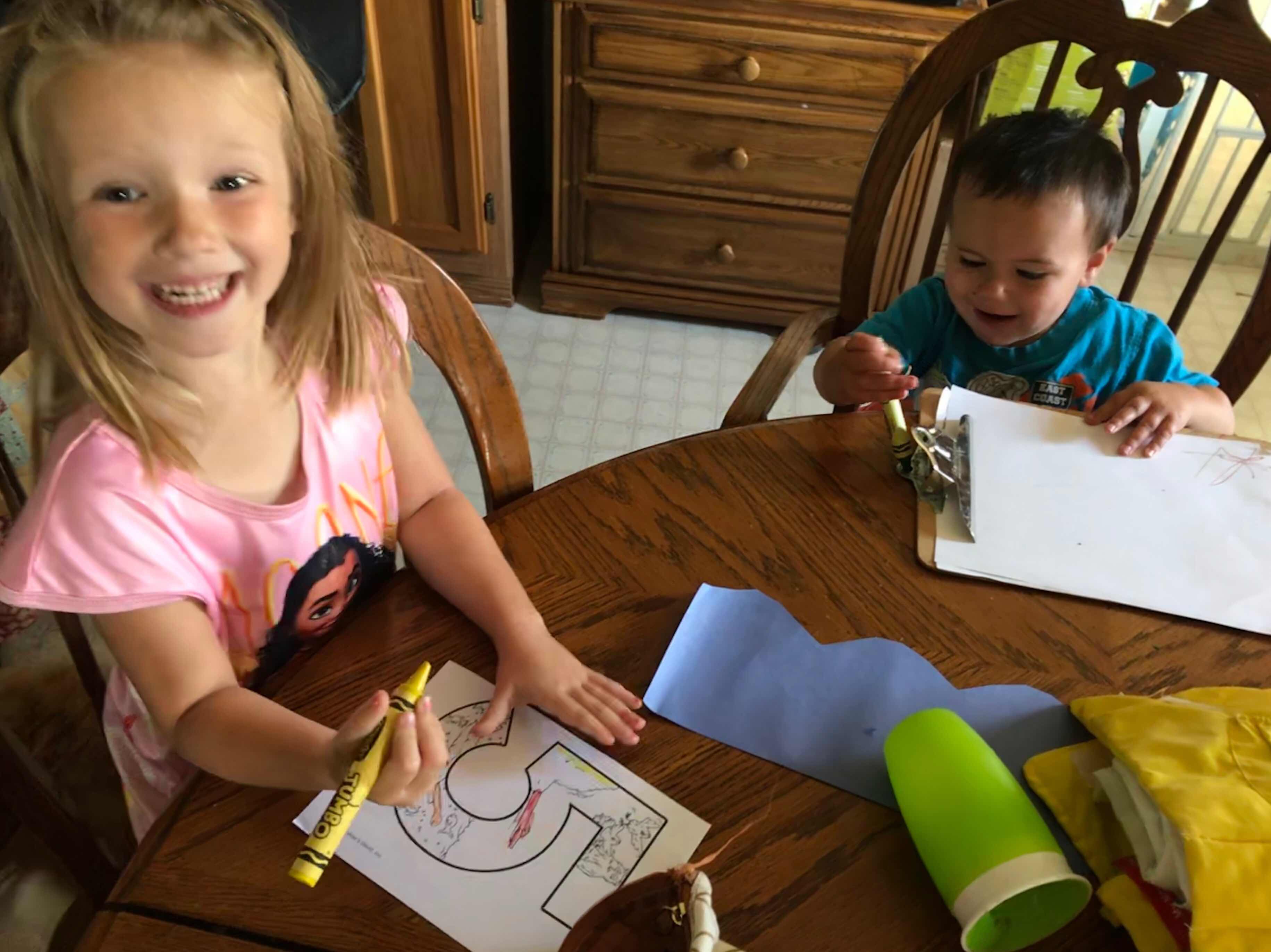 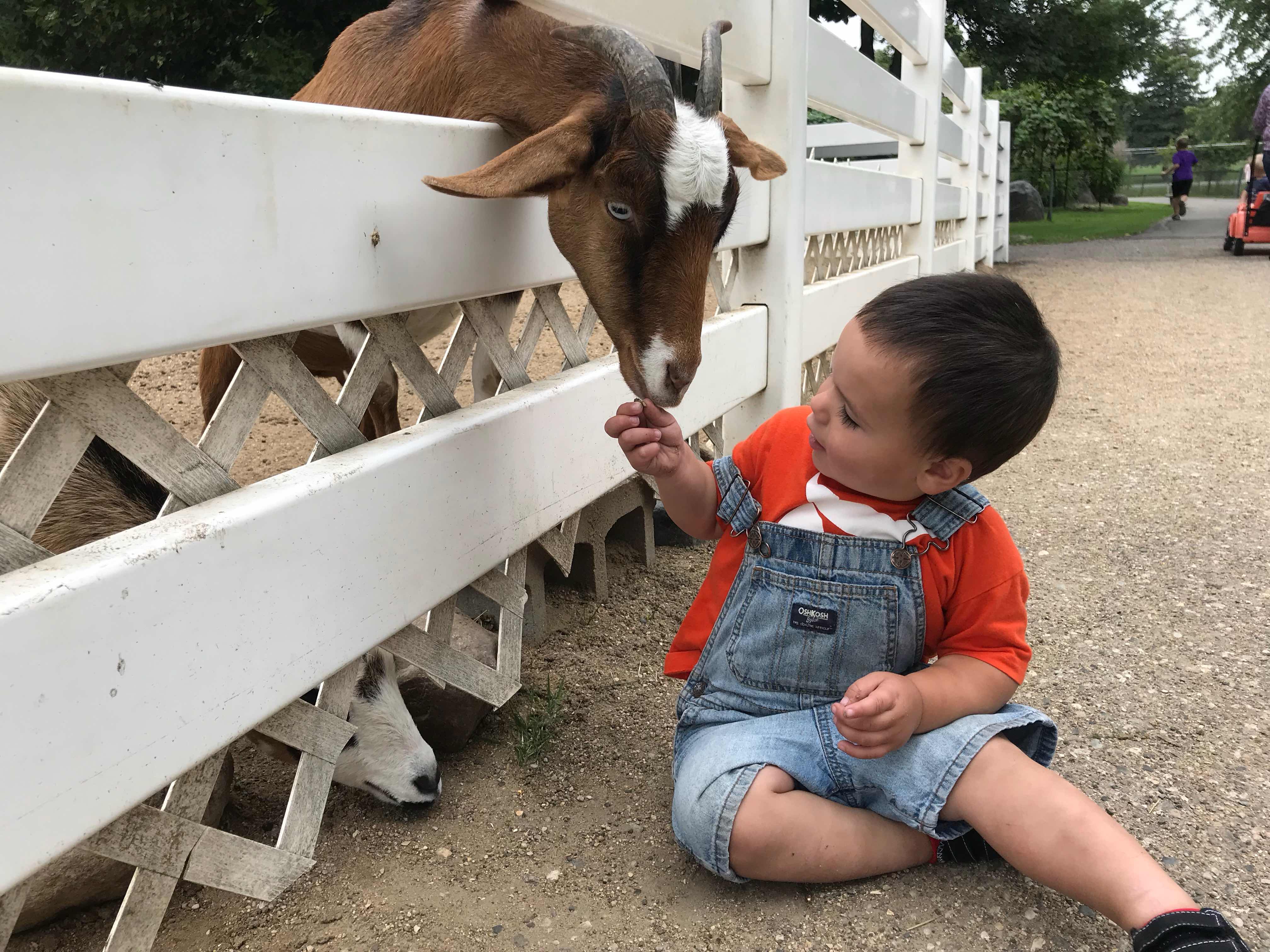 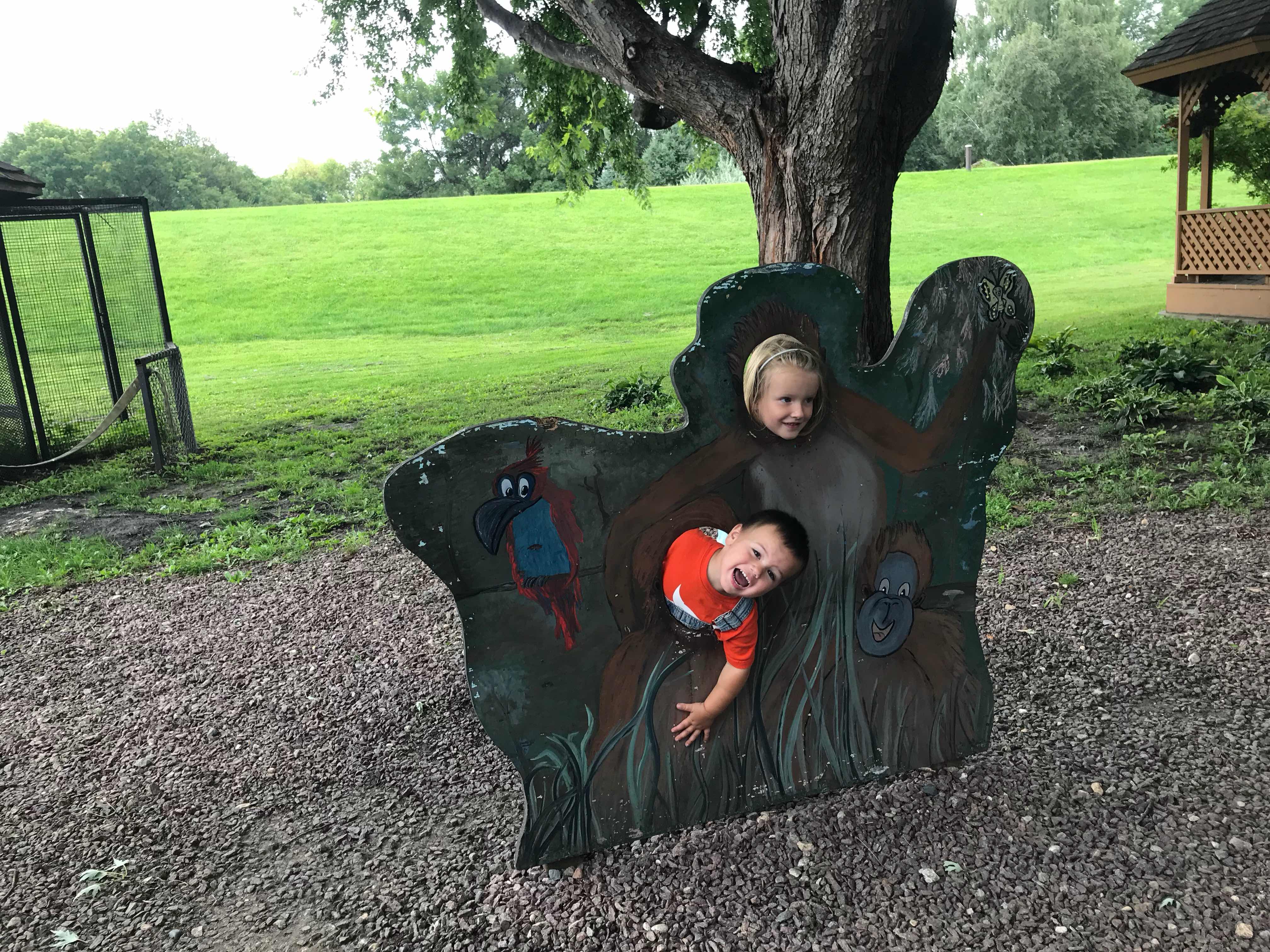 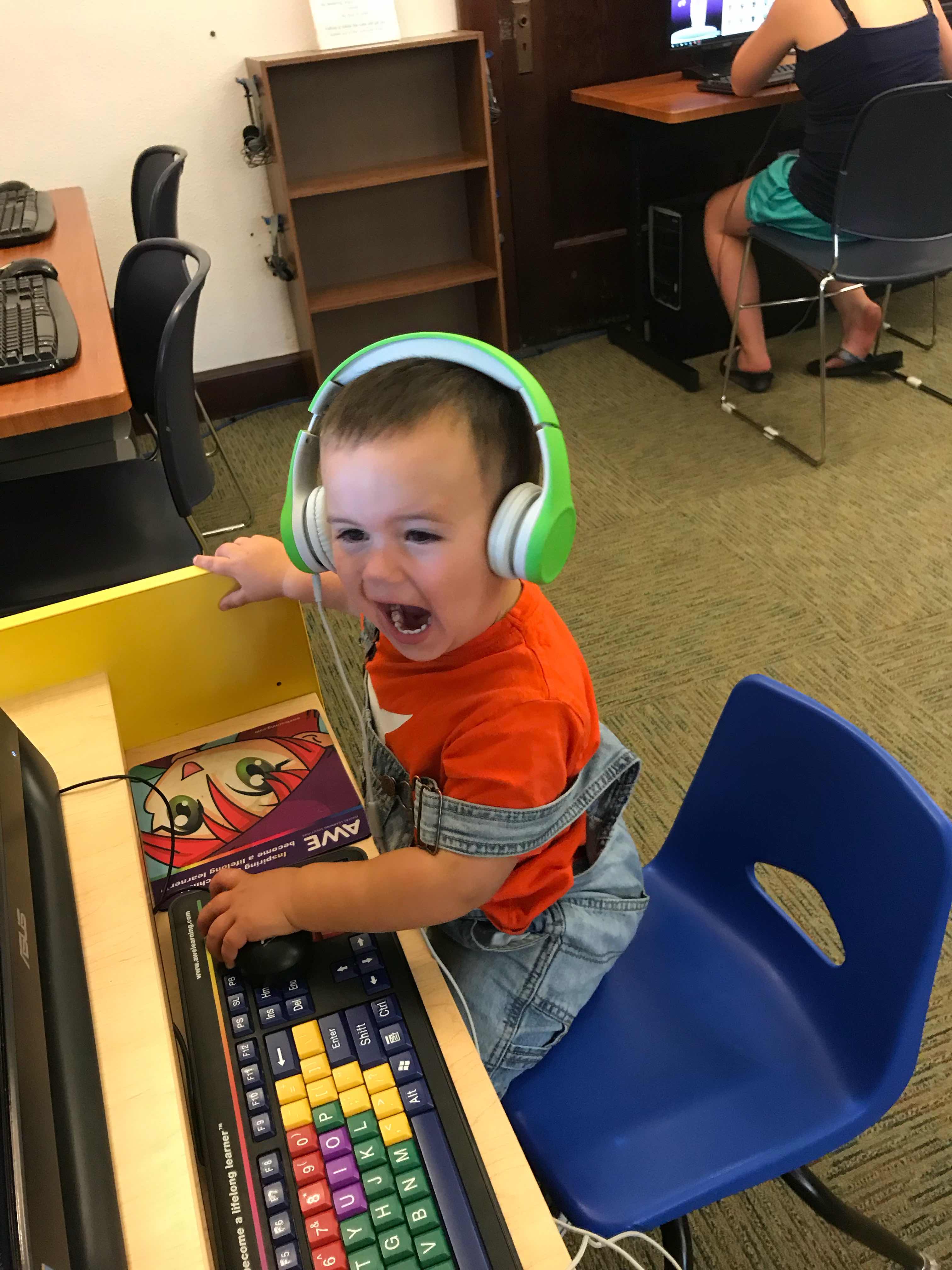 Notice only one of the homeschool pics is in our own home?  That’s one of the benefits of homeschool-  Field trips!  Learning in different environments and especially outside 😊

Son has been joining us for the table portion of school this year (last year we did it during his nap). He wants to learn, too!

Indy, our 5 month Goldendoodle who by the way just completed puppy training, killed Corny tonight.
So that’s great.
The chicks are getting pretty big so Mama Weasley has been letting them roam on their own more and more. I thought that they had gotten too large for Indy to take out so I let him outside without supervision.
When I went to close the coop tonight, Corny was missing. A hawk was circling and cawing over head so I thought that got her. Then on my way back to the house I found Corny. Or most of her. She really looked pretty similar to a grocery store bought chicken  pre-oven. plucked clean but missing head and feet. 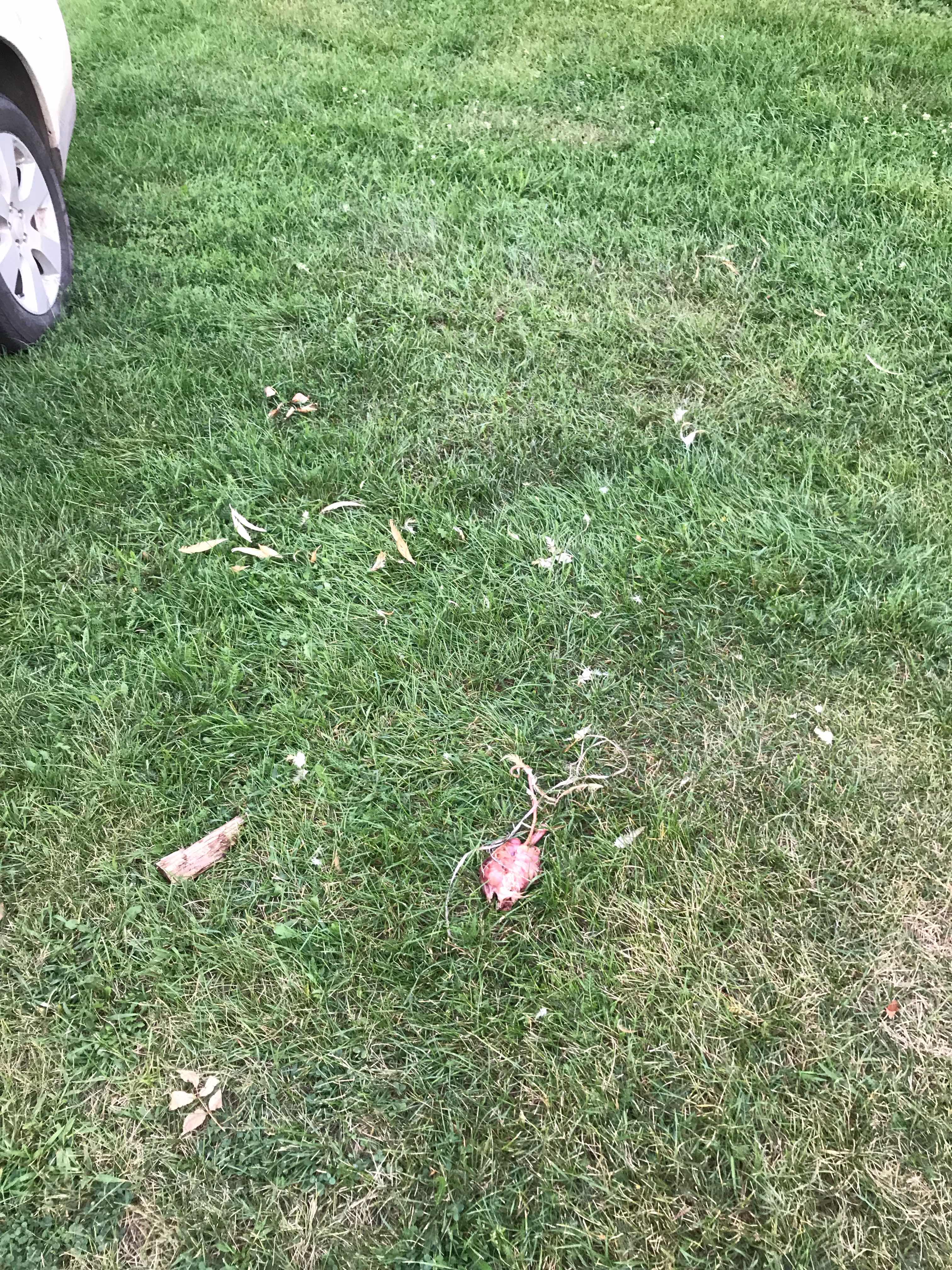 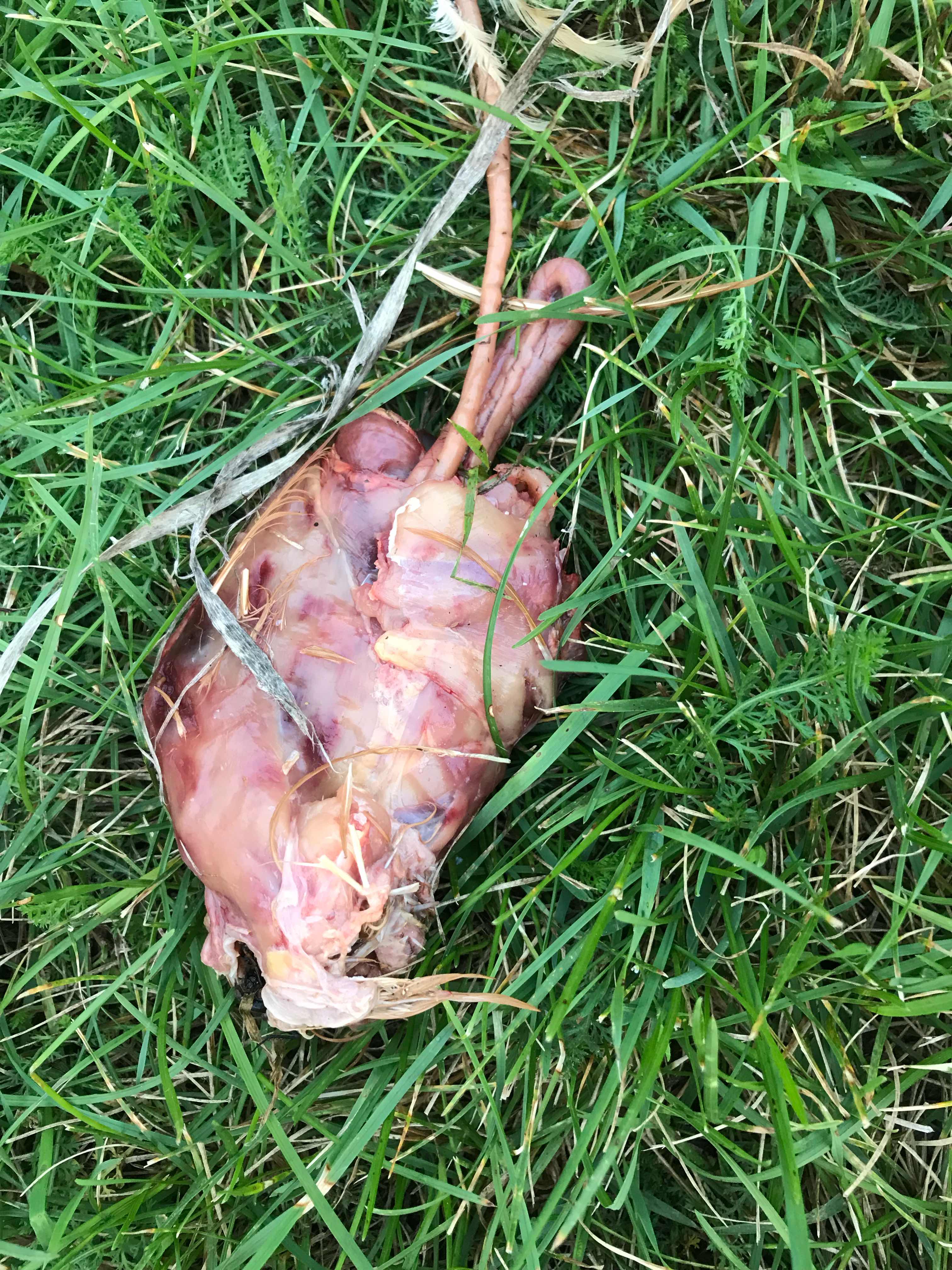 Mat and I were trying to look up what could have done that when Indy started the doggy vomit song. I ran to get a bowl (too late) and came back to this 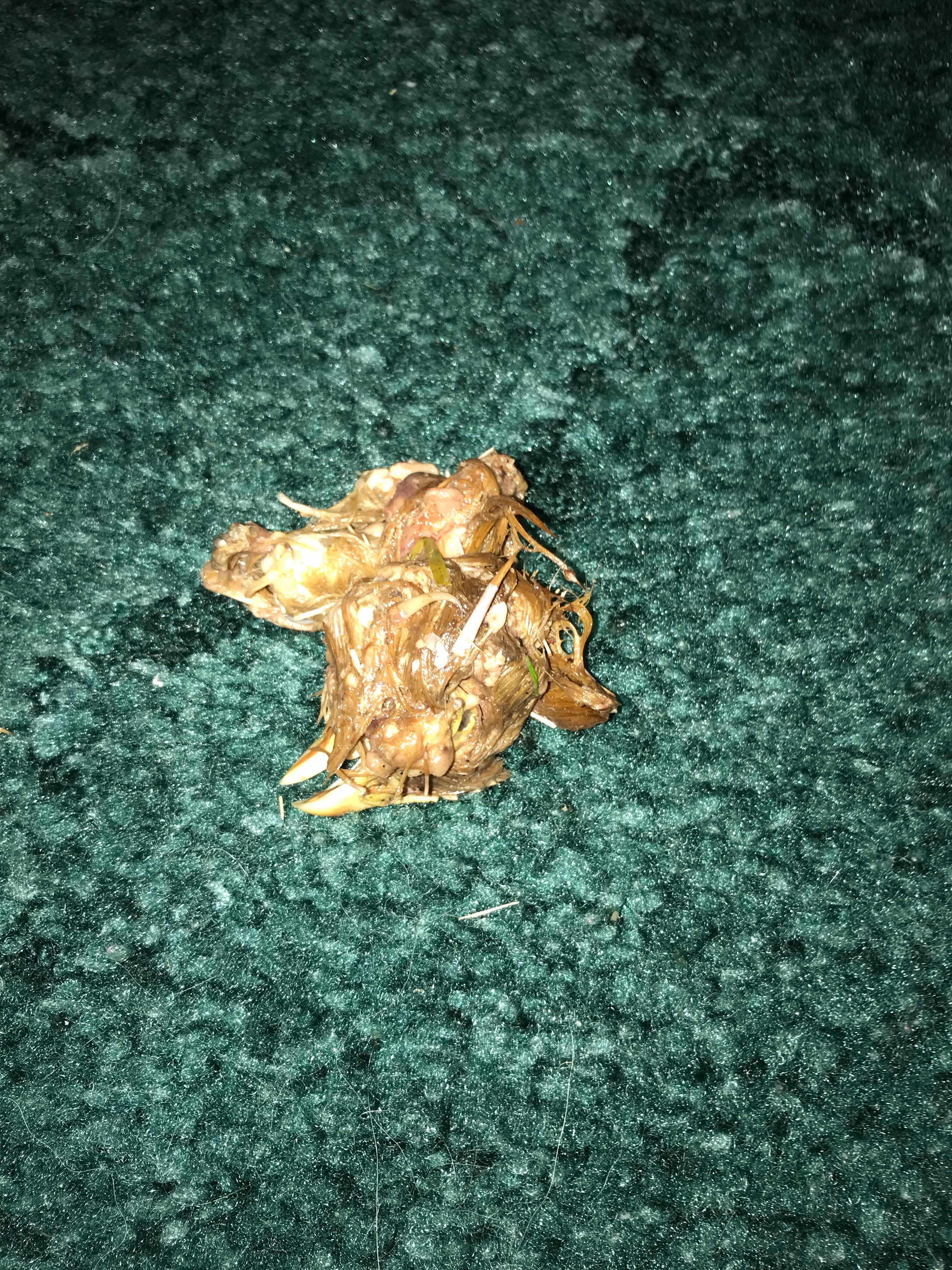 Mat has a theory that the hawk killed Corny and then was interrupted by Indy. Indy saw the dead chicken and just ate the head.
In other news: Another injured animal today was Wasabi. 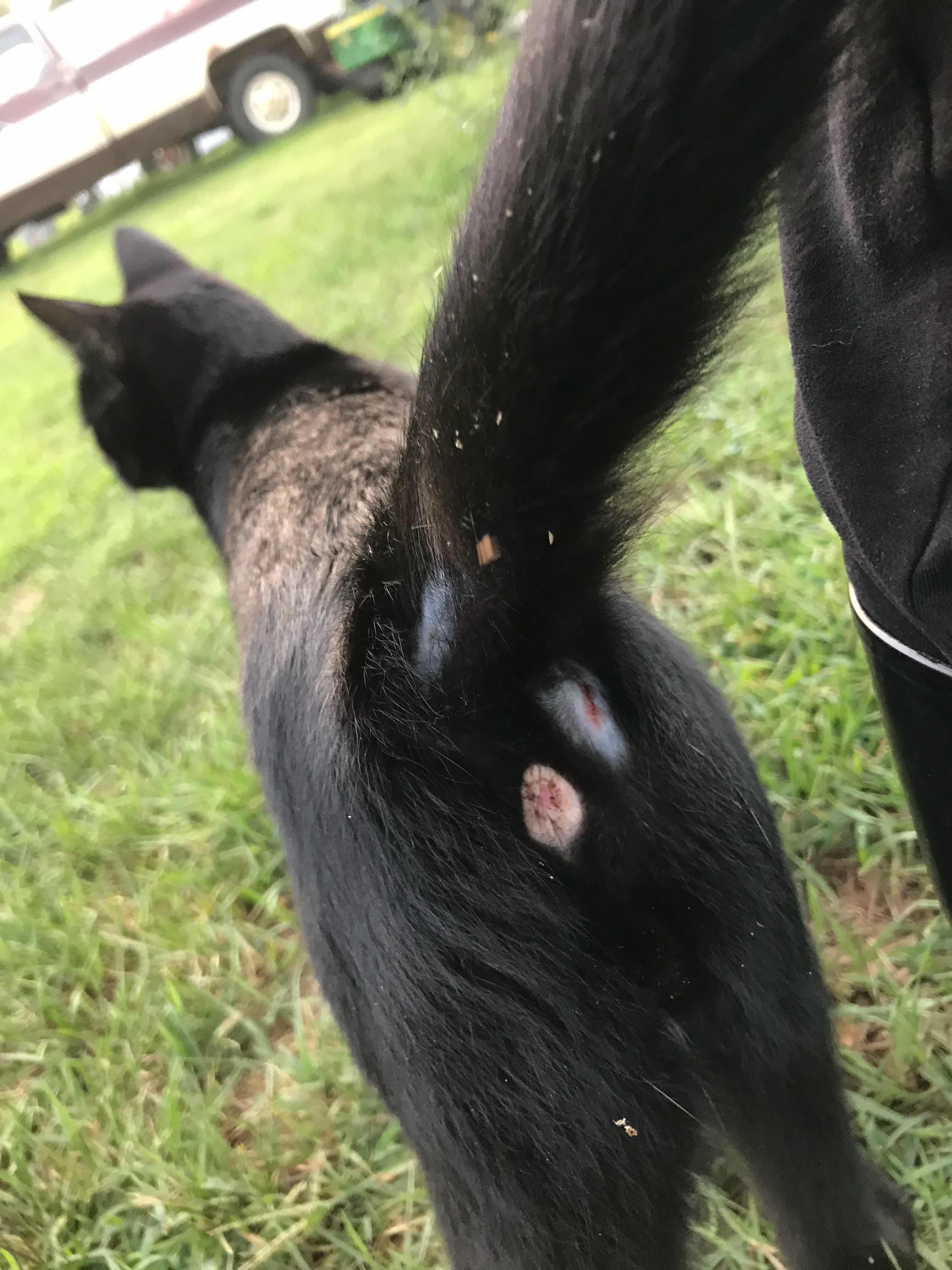 Maybe the hawk had tried to get him?  Not sure. He does play with Indy a lot, but I don’t think Indy would have hurt him.  I know Wasabi could really put Indy in his place quickly with those claws.
Posted by Malia at 9:57 PM No comments:

We lost a Weasley

Non-mama Weasley is officially gone.  Dead to a predator that got her during the day!
And Hickety lost her tail feathers and got an injured wing! 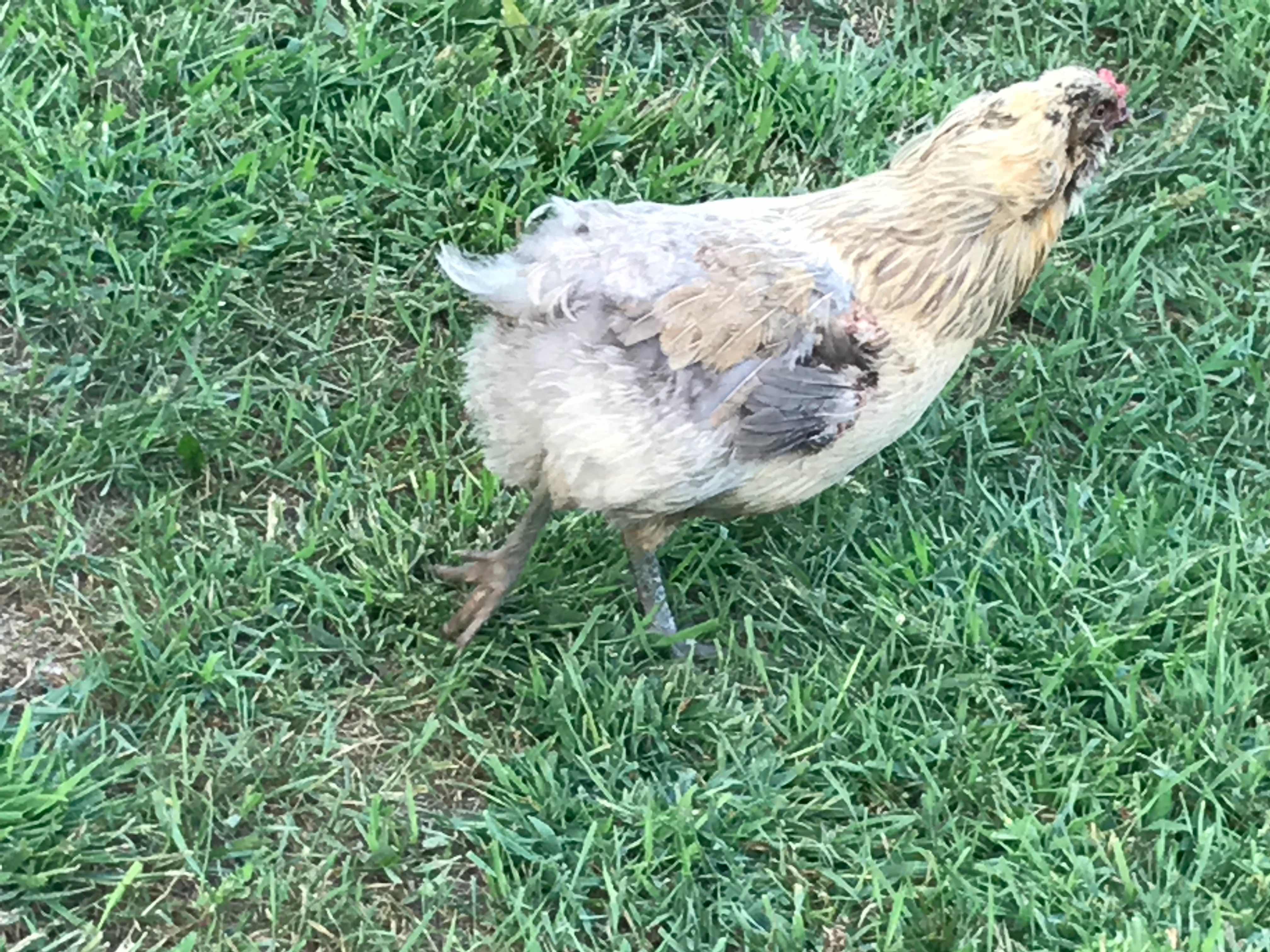 Mat went hunting for the predator and he saw what may have been a bobcat!  It was dusk and it started hissing at Wasabi (at Mats ankles) from about ten feet up in the woods.  Mat thinks he scared it off, we’ve seen nothing on the game camera, and we haven’t lost a chicken since.
On the bright side, the youngens are doing well. 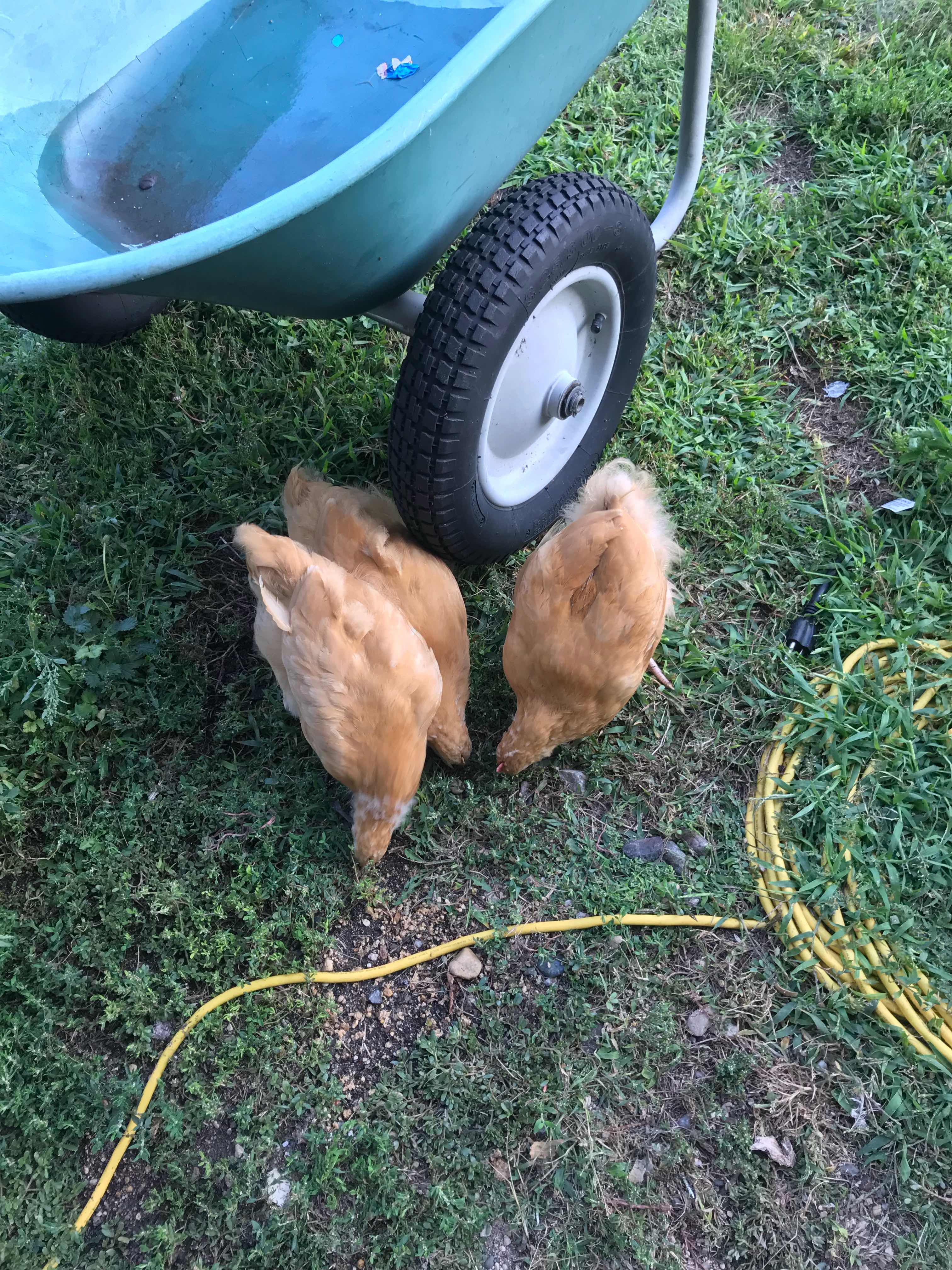 From left to right: Corny, Zuchinni, and uncle Joe.
Now Mama Weasley is officially the only Weasley. Sad 😢 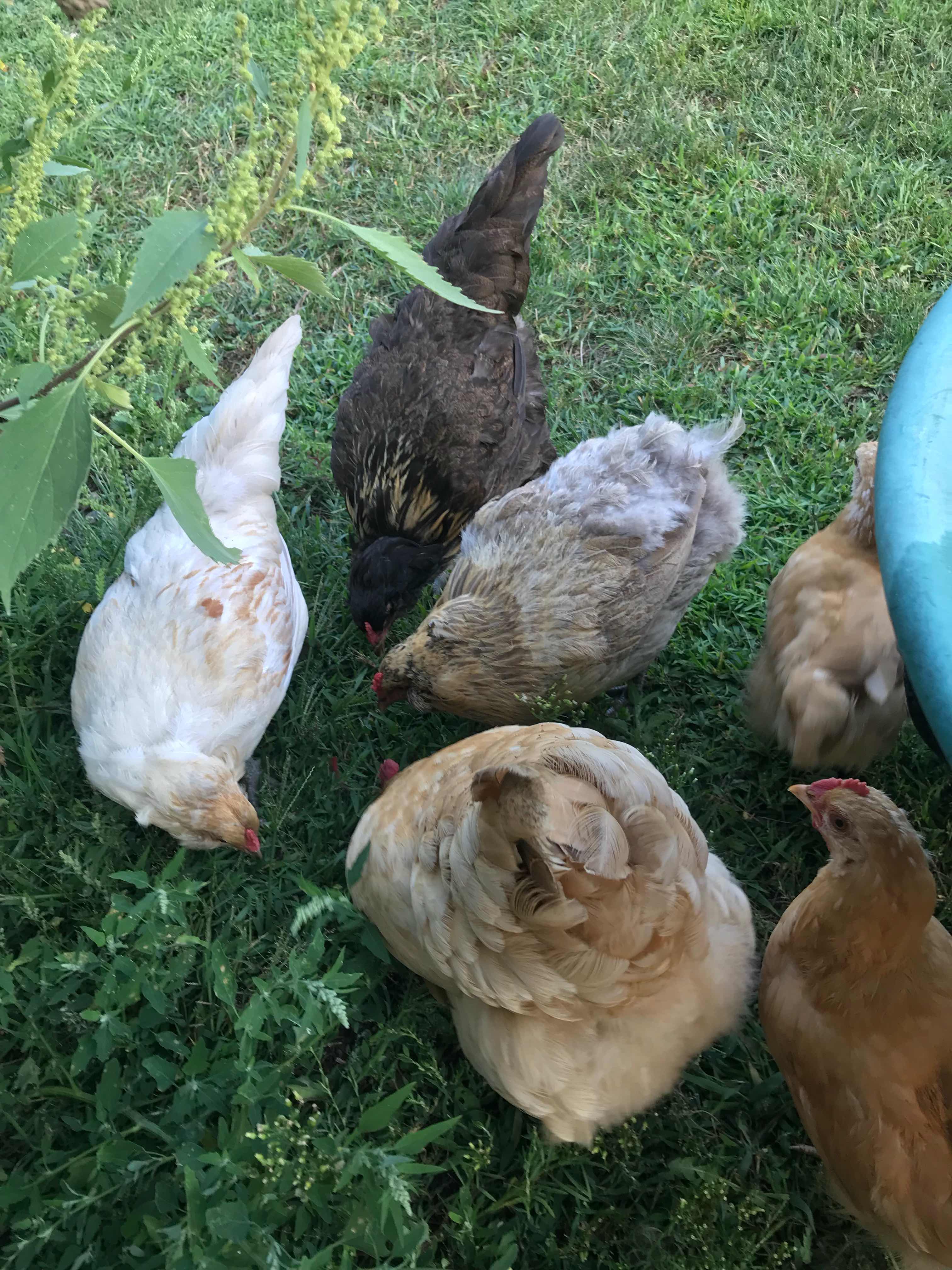