Because of the TPR issues, we had to have a small, private ceremony for Sons baptism.  But now that the TPR has gone through, we had the public recognition of baptism with a bunch of family in front of our whole congragation.  We got two baptism candles out of the deal! 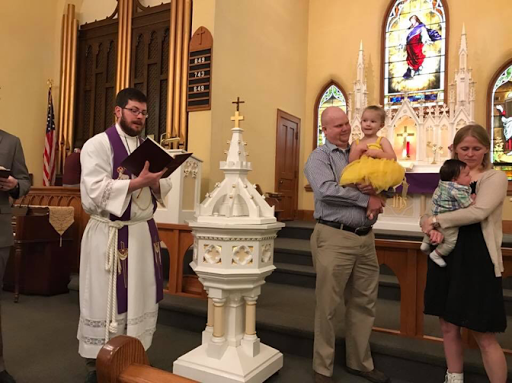 849 is Sons hymn. Praise the One Who Breaks the Darkness 😊 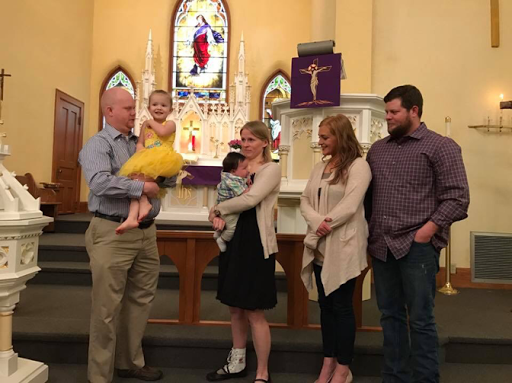 Our family and Sons sponsors, my cousin and her husband. 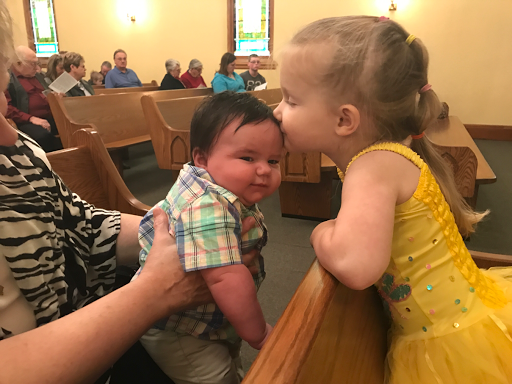 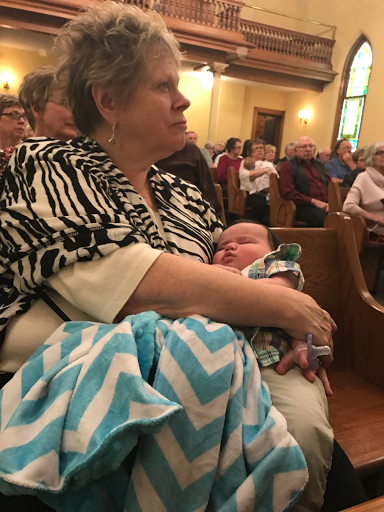 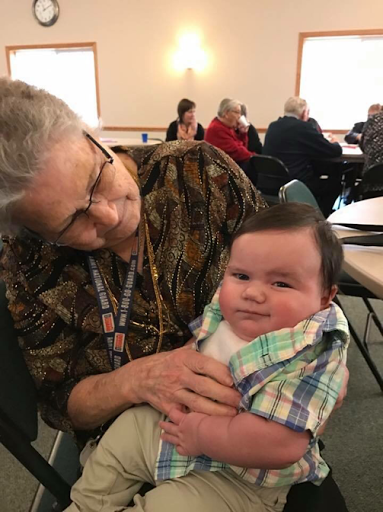 He's already a ladies man, with Grandma Great :)
Posted by Malia at 4:34 PM No comments:

Daughter had a blast today at JAM!  It was a building workshop and she got to build with different things. 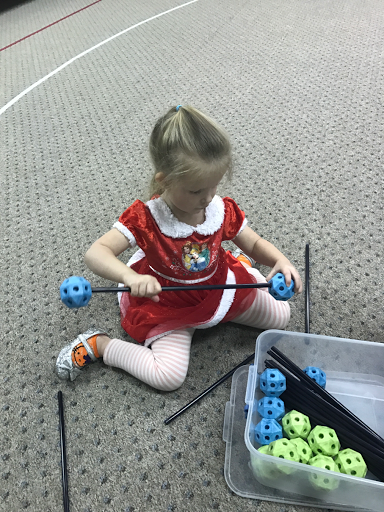 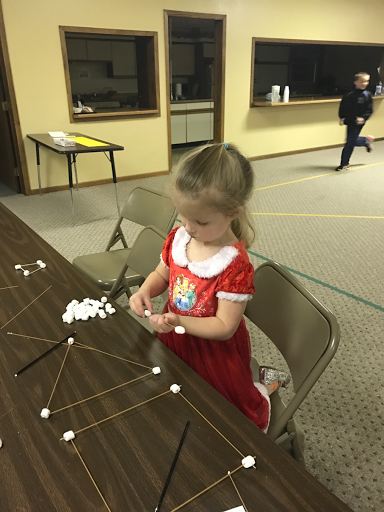 She had a melt down after  she wandered into another part of the church while I was doing a diaper change on Son. One of the other moms went to get her for me.
Oh, the humanity!  Screams galore!
So I took her out to the car until she calmed down   She said she was tired and sad. She wanted a nap. She wanted her blankies.
Last night she passed out at 5:45 and slept until 6 today (giving up on napping is tough!).
I told her that we had to go inside to get Son but that we could leave if she wanted. Once we got inside they were playing a running game (what time is it, Mr Fox?) and she wanted to stay and run around.
Better than the last outing we tried!
Here are some pics of Son today, too 😊 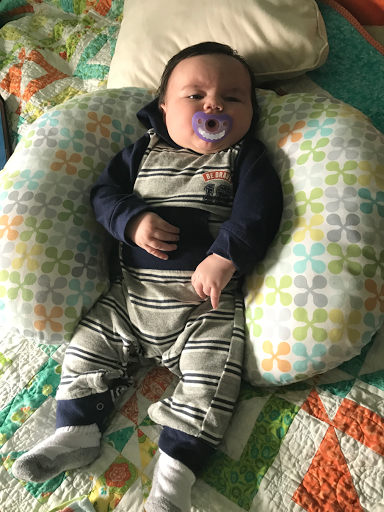 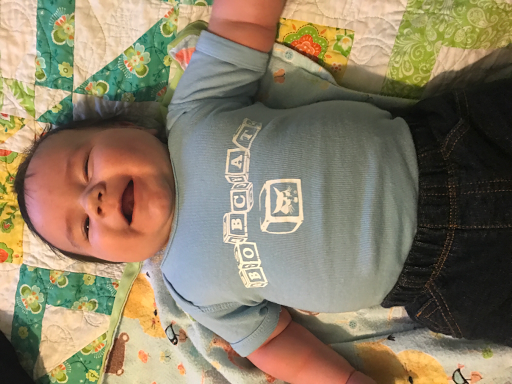 Son had his two month check up and things went pretty well. I say pretty well because Dr thinks he's getting too big too quickly and shots are never fun.
So we're supposed to give him an ounce of water after every 5 ounces of formula. I have never heard that for such a young baby!  But he's 17 lbs already which is off the charts. Both of his genetic parents are larger though, so Dr agrees it may be genetic.
She was very impressed with his neck and arm strength. She thought the fact that he was rolling over stomach to back already was crazy. She his size should make it take longer, not happen so early!
So yesterday we started the ounce of water after 5 ounces of formula and he did not appreciate it at all. Like- what are you people doing to me?!?!  I thought you loved me!!!! Kind of screaming
So he doesn't like water. But it also may have been soreness from his vaccines. He ended up needing to lay on mama's chest for hours last night.
Today is going great though! 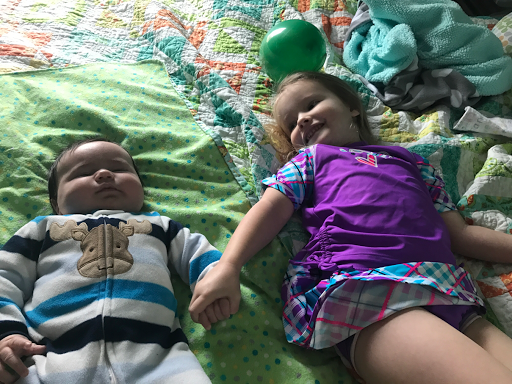 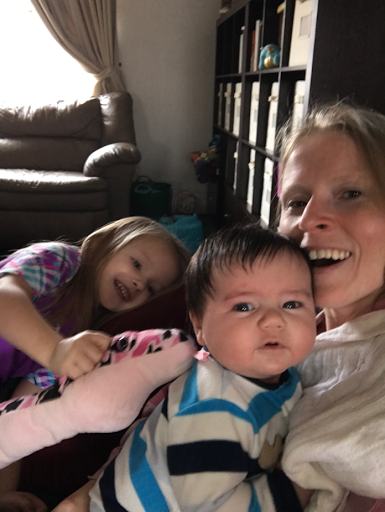 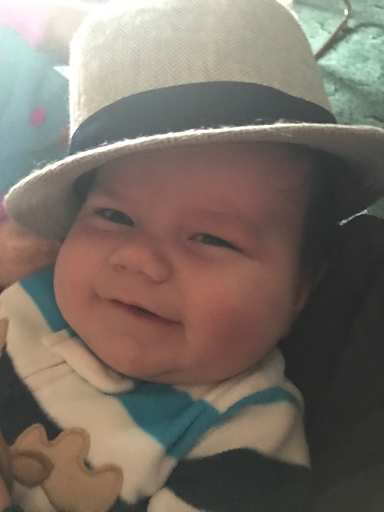 He's a little brute weighing in at 16 pounds already!  He can roll from tummy to back when he wants to (which isn't every tummy time). But when he wants to he keeps doing it over and over if we put him back on his tummy.
He's growing so fast. He's already in 6 month clothes and those are getting snug OB him already. I can't wait for his two month appointment to get the official measurements.
His hair is growing fast (like the rest of him) and pretty soon he'll need a haircut.
He is much more smily than Daughter was at this age. He's even already giggled a bit! 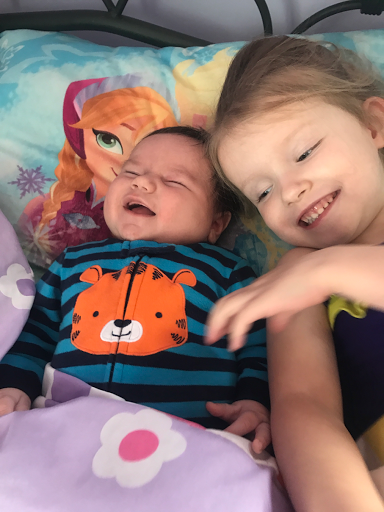 Daughter loves him so much!
Posted by Malia at 2:40 PM 1 comment:

Son's eyes started out quite dark brown. But now they're a deep blue. Strange? 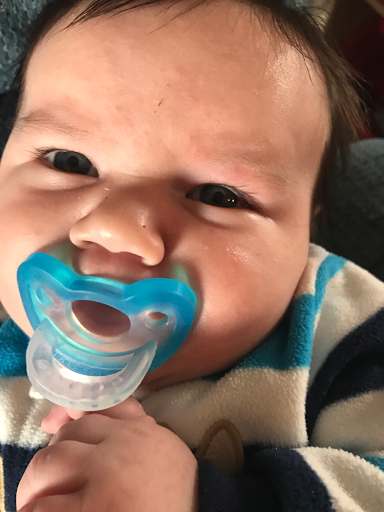 We're all having a fun relaxing day. 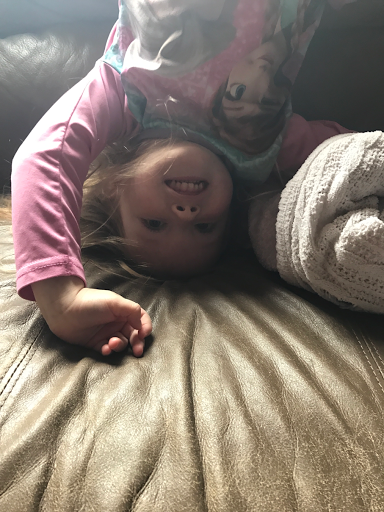 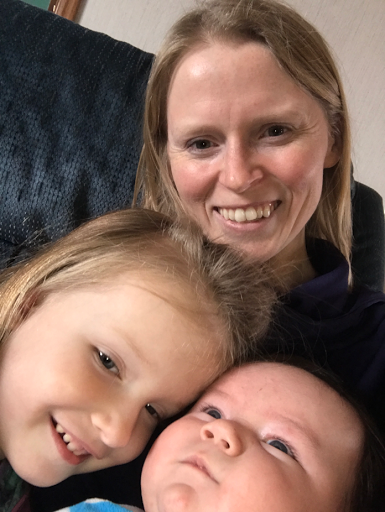 Yesterday was pretty nice weather so we all went outside. Son wore this outfit (after a blow out in his church clothes) so he could assist daddy with oil changes. 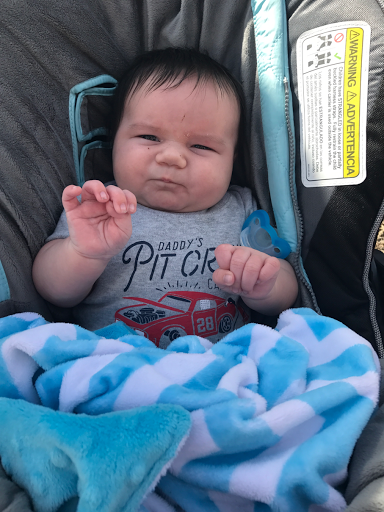 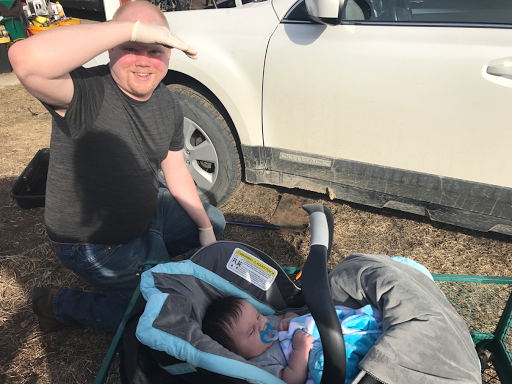 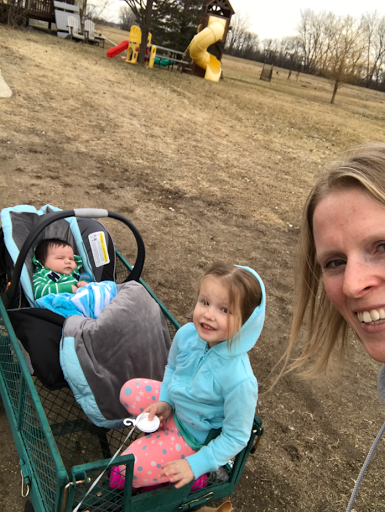 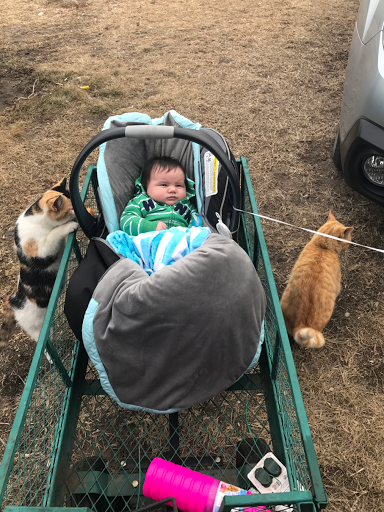