This morning was Son's adoption finalization hearing! Woot!  *happy dance*
During the hearing, Daughter came and jumped on my lap in the witness stand. Kinda cute. The judge was completely ok with it 😊 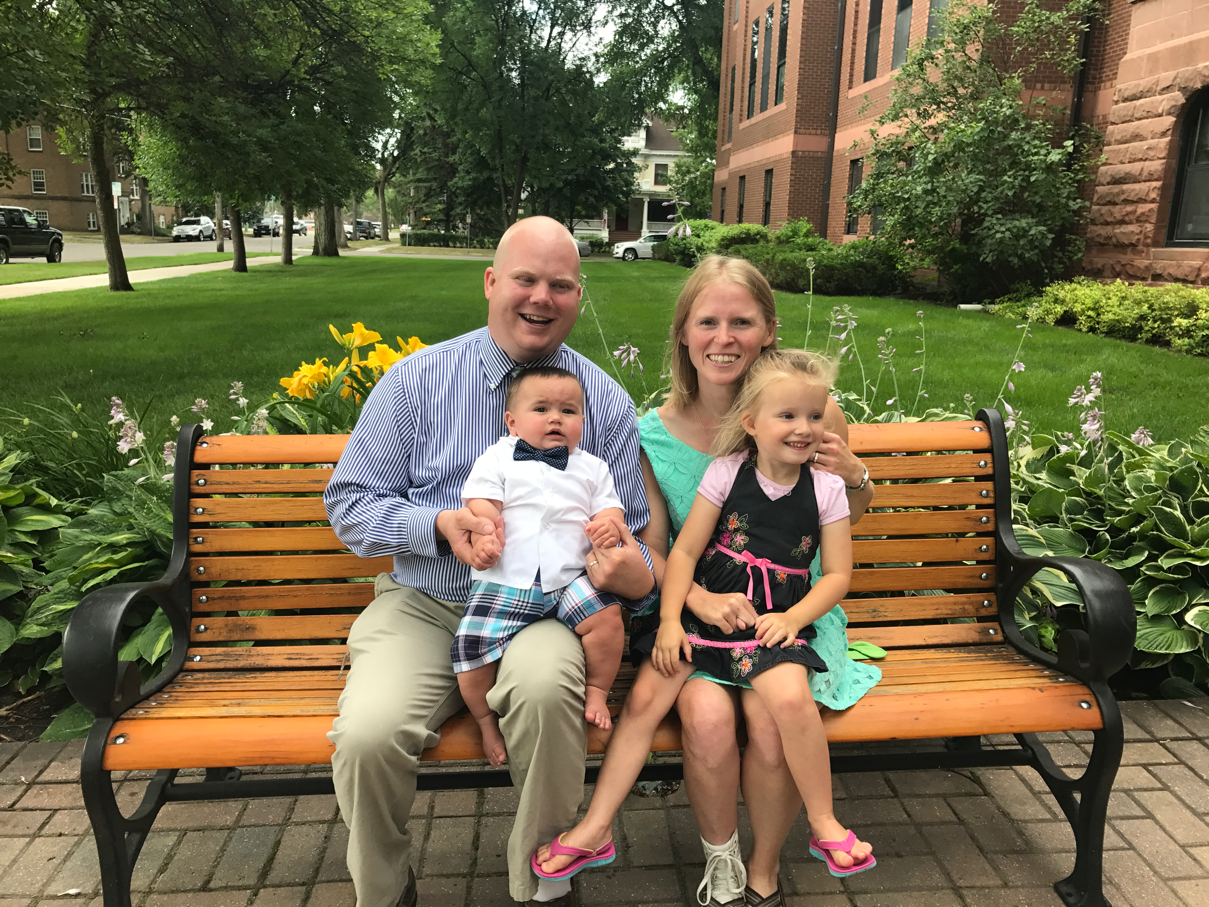 Before the hearing we took some pics 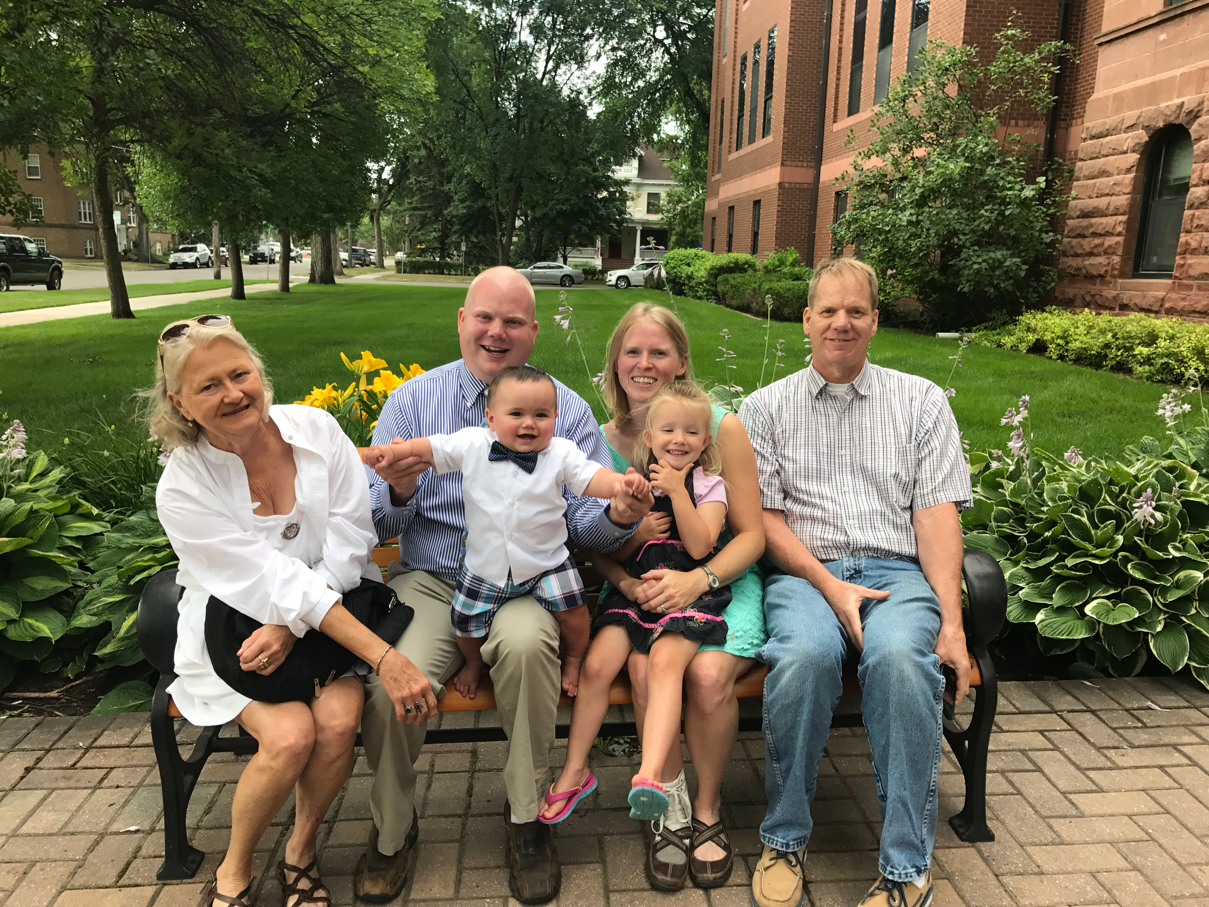 With Grammy and Grampy 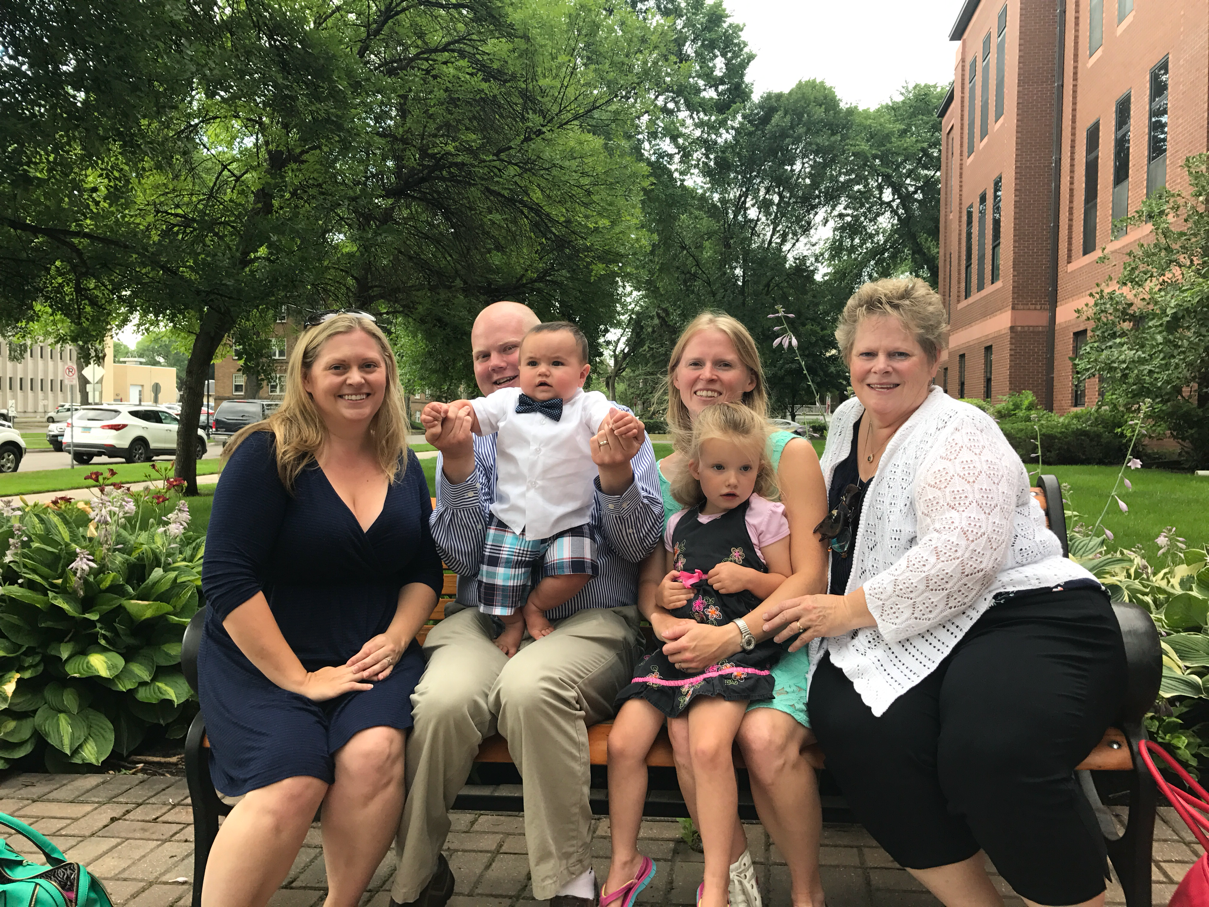 With auntie and Grandma (my sister brought her 2 girls with, but by the time papa arrived with them we were done with picturesque pics) 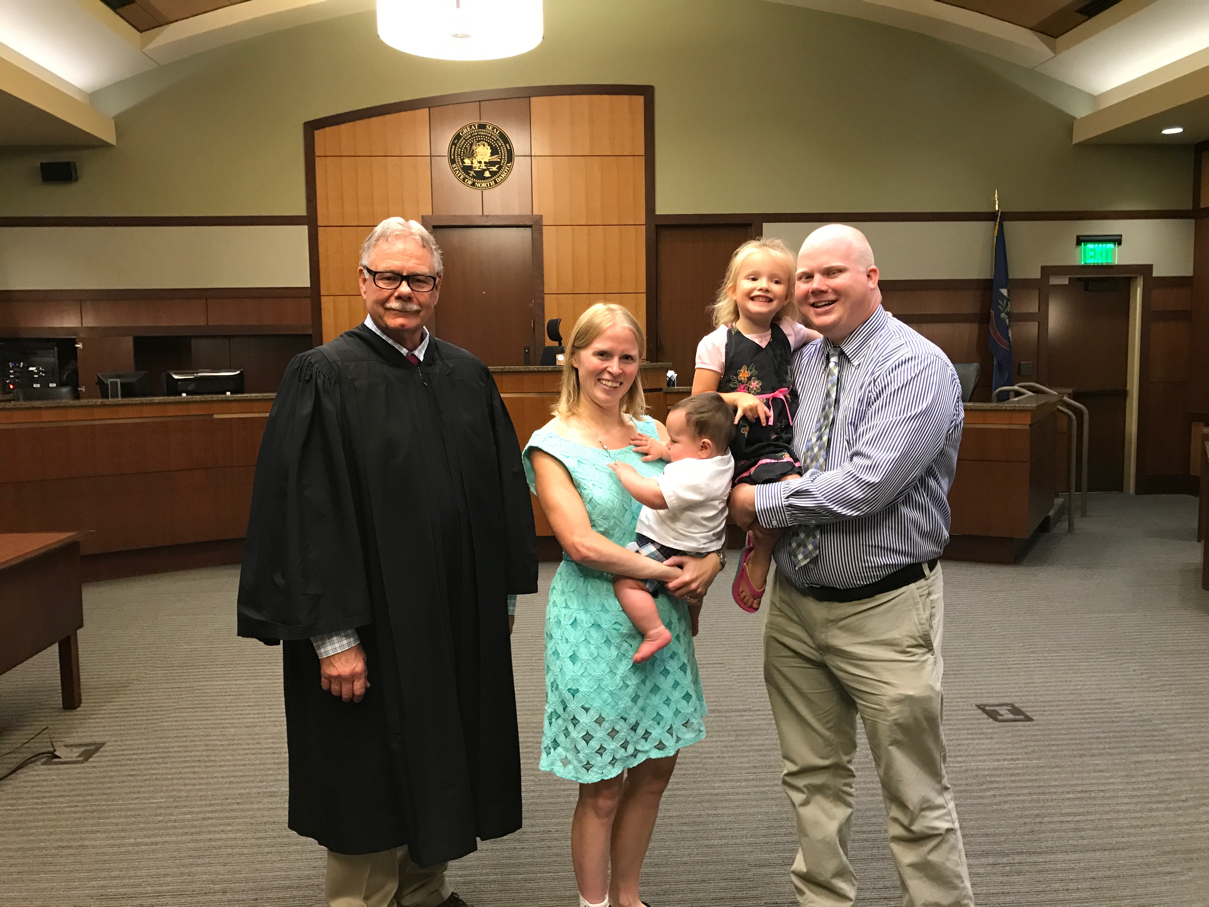 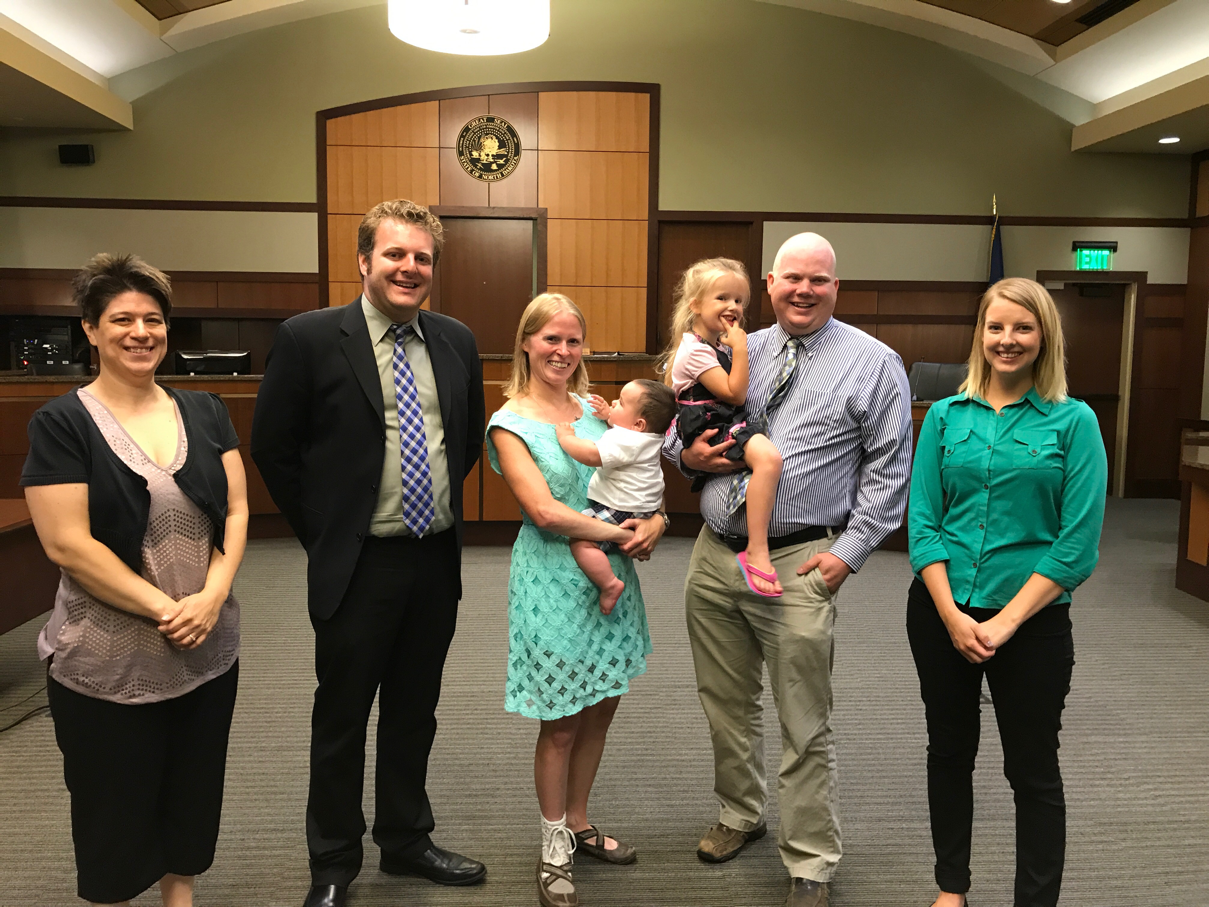 Our legal team and our social worker posed with us after the hearing.
It was over by 10:10!  We all went out to eat to celebrate 😊
Posted by Malia at 9:14 PM 1 comment:

Son likes his new bed! As does daughter... who assumed she got to sleep in it last night when she saw it..... After explaining that it was Son's bed, we told her how important it was to never put a blanket or pillow in there with him.

The night could have gone better but it wasn't the worst possible.  Son woke to eat twice.  He woke at 6 am and he had wet through his diaper (size 5 diapers were delivered today! :) and I quickly got him up and out of their bedroom.

Daughter was (is) pretty tired after a weekend playing at the lake with grandparents and cousins, so I figured she'd probably sleep late.  Wrong!  She was up at 7:15 (as opposed to her usual 9).

This morning we tried Son's first nap in the movie/storage room with the iPad playing some white noise.  Daughter didn't think it was fair that Son got the iPad so she went in and turned it off after he had been sleeping only 20 minutes...  So he went back down for another nap at 10:15 in their room with the air filter supplying the white noise.

Daughter and I painted, did a worksheet, played, and had lunch.  I went to the bathroom and came out to see her sneaking into their bedroom.  I whisper/yelled- as only a mother of an infant can- to get her to stop, but in she went.  I hurried to the door and saw her quietly climb into her bed. Did I mention that Vacation Bible School starts in an hour?

Son wakes up 3-4 times a night. If he doesnt, he wakes more!  So my aunt suggested a book that she used with her kids. We got it and started training last night.... 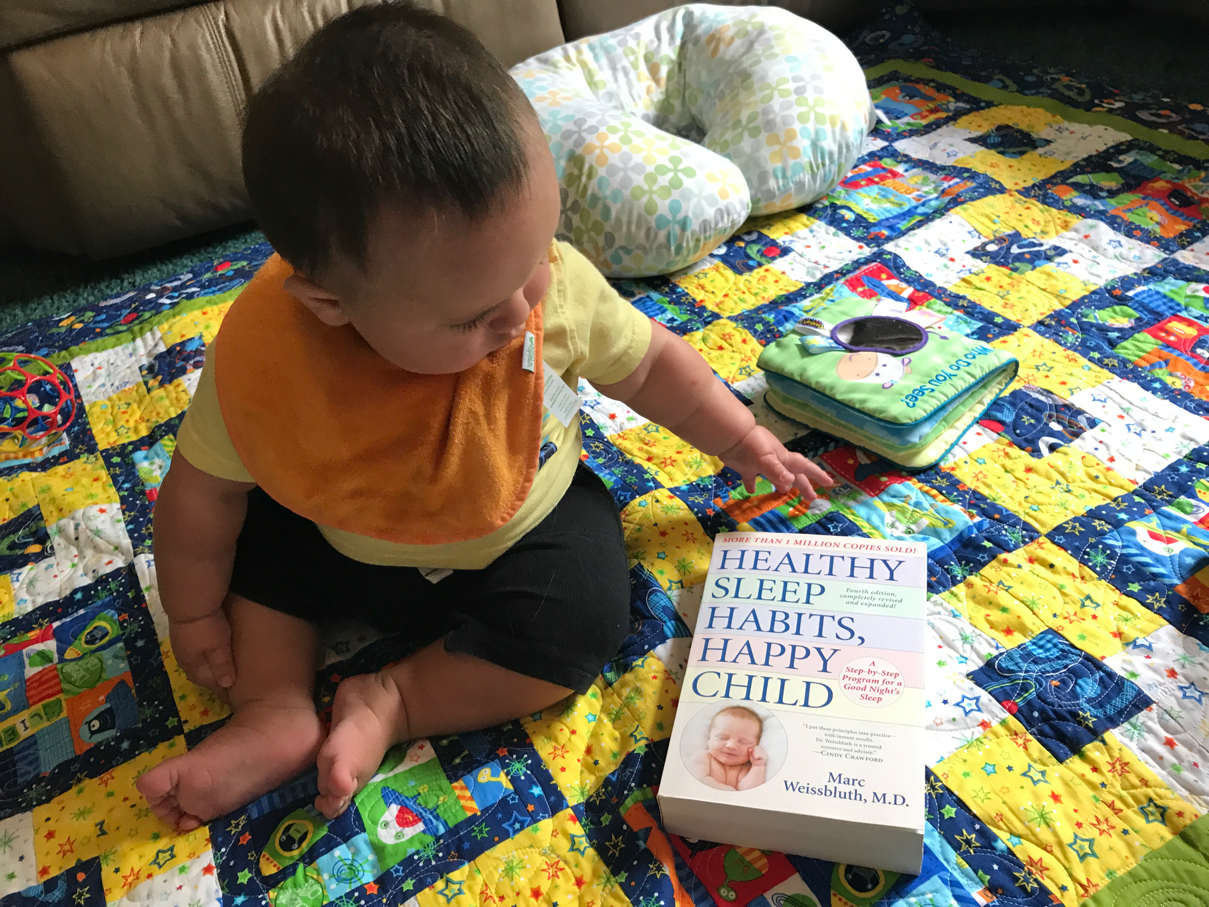 Daughter was at Grammy and Grampys house last night (she was supposed to stay through Sunday, but she got homesick and is on her way back now). We decided it's a great time to start!
Son and Daughter will be sharing a room so I wanted to do sleep training when Daughter wasn't here so he didn't wake her. Last night went better than expected. He cried, but I didn't!  And he really didn't cry that long. Then this morning he slept until 8!
His naps today are going great. He's gone down without fussing for both.
Hopefully it keeps going smoothly!  We're planning on having him in our room tonight and then Daughter is going to the lake with my parents this weekend. He'll have the room to himself again and hopefully we'll finish sleep training!
Posted by Malia at 2:44 PM No comments:

Turns out the chicken we have been calling Mrs Weasley all this time is a cockerel. For those who aren't up on their chicken lingo, cockerel is a young male past the chick stage but not yet adult rooster.
This morning while feeding the cats I heard s crow from the coop. Since two of the chickens have larger combs, I was thinking it could've either. But I let them out and heard it again from none other than Mrs (ahem, Mr) Weasley.
Makes sense. He is by far the largest and his legs are twice as thick as anyone else's. 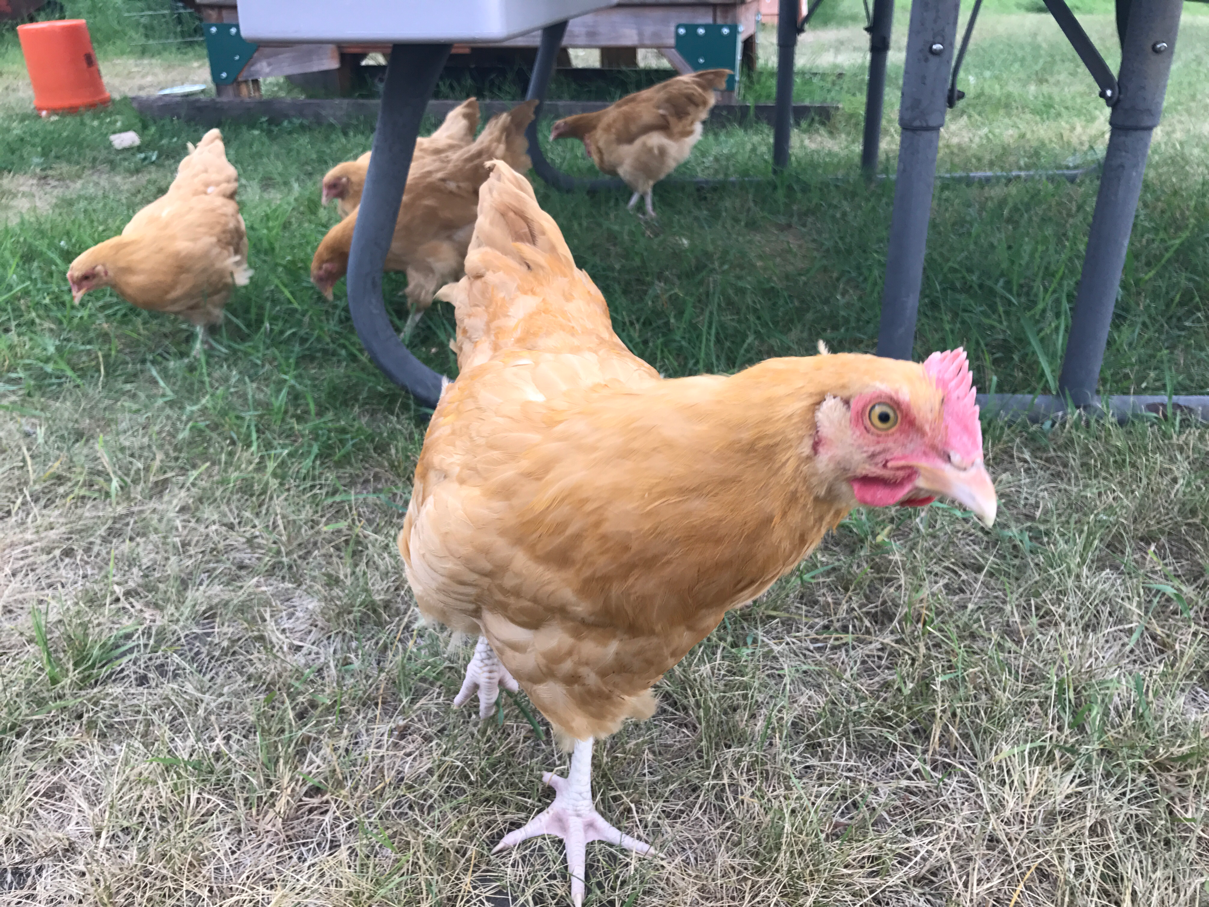 Now we'll probably need to figure out how to butcher him and do that in the next month or so. Unless we decide to keep a Cock?  I don't know....
Posted by Malia at 9:49 AM No comments: