We've dubbed the chickens "the Weasleys", because they're all gingers and they live in a crooked house 😂

The only one we can differentiate is the largest, now called Mrs Weasley. 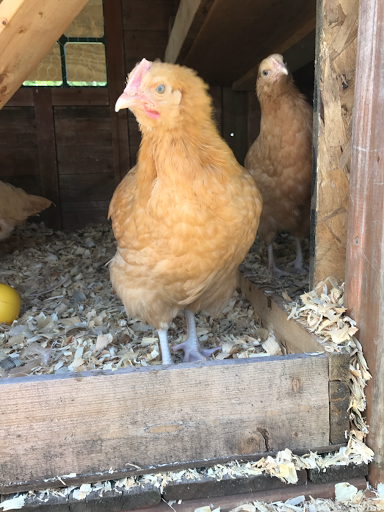 They've been free ranging for a few hours a day for almost a week. At first I wanted to keep them contained. That went swimmingly, as you can see.... 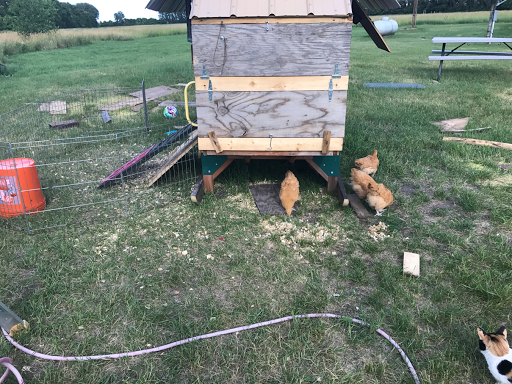 So I've just been letting them out and then rounding them up after a few hours. We're blowing a whistle every time we feed them so that hopefully they'll just start coming when they hear it. We'll see how that goes.

The first night getting them back in went ok. I had to pick them each up and put them in the coop. The second night went horribly. It took me over an hour to get them all in. Eventually I just had to set up the rock wall from the old playset for them to meander up when I shooed them in.

So we made a ladder (by we I mean Mat) and have out that up each day when we open the door. It's been getting easier each day.

Last night when we went to round them up we couldn't find them. They were all sitting in the coop!