Silly has been so named because every time she rubs against Daughters legs, Daughter says "silly kitty!" 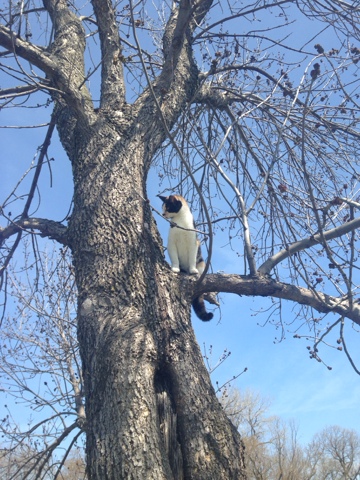 Silly doesn't yet get along with Mookie.... 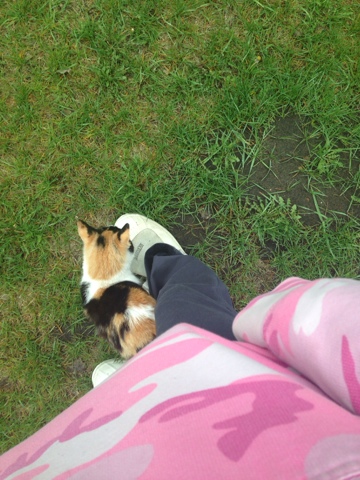 But she loves the humans in the family 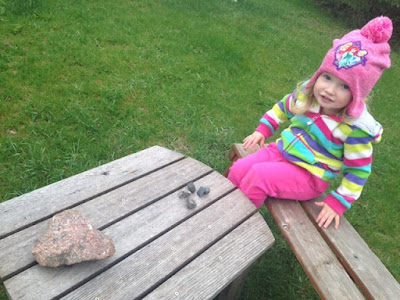 Daughter set up a rock picnic this morning (the rocks are cookies, and they were hot and needed to be blown on 😊) 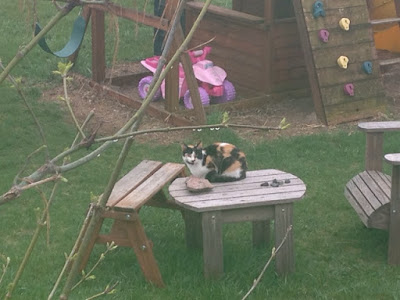 The past couple of days gave been stormy so we hadn't seen much of Silly. I was getting a bit worried about her because Mat said that the big orange cat had claimed the garage and wouldn't let her in. But she's ok and still just as friendly 😊
Posted by Malia at 1:49 PM