Daughter has been taking speech classes twice a week since September.  It's going OK, I guess.

Today, after no classes for almost 2 weeks, she did awesome!  Usually she cries when I leave her in there (and I sit right outside the door waiting to be called in at the end), and today she cried a bit, but she did awesome!  The next boy got there before they had called me, so he went in... Daughter and Speech Lady were just playing word games and having a blast!  They didn't realize they'd gone over the time!

Daughter actually threw a tantrum and I had to pick her up to make her leave.  So totally the opposite of what has happened previously!

In other news, a few night ago she climbed into our bed and asked daddy for "Mickey phone"- meaning she wanted to watch Mickey on his phone.  She was pretty shocked when he got this out... but she ended up loving it! 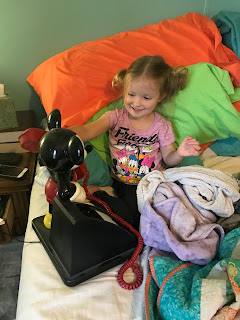 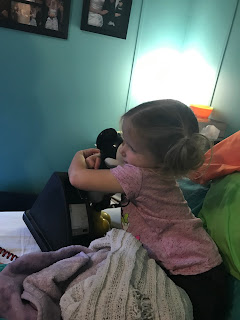 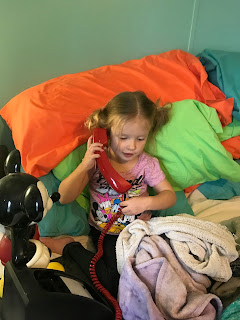