I emailed Lynda (IVF nurse at NEDC)  yesterday with a couple questions.  The first being if I could take a break from and/or switch my OC.  I've been getting more and more nauseated, moody, and bloated.  She told me to go ahead and stop and then to fill Necon 1/50 and start that with my next period.

Hopefully it will be better than others I've tried!  But she called it into a pharm in MN (I live in ND, about 2 hours from that pharm) that I had asked her to call my RX into for an infection that I had prior to the last transfer.  I had them call it into that pharm because we would be driving right by on our way to TN.  She must have put it in my file, because she called the new RX there.  So I have another email into her asking her to call it into a local pharm.

The second question was if the RX's called into Apothecary last time included extra Valium and Albuterol (both for the transfer) and it does.  So I can just call and place a new order!  But first I have to plan a time with my cousin who lives just over the border because ND doesn't allow any pharmacies that aren't over 50% pharmacist owned... so it saves us hundreds to just get it delivered to somewhere in MN.

Whew.
Now here's an adorable pic of Daughter  and niece... 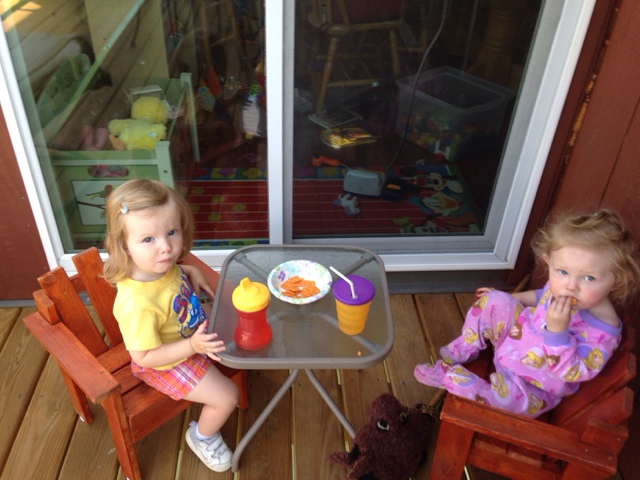